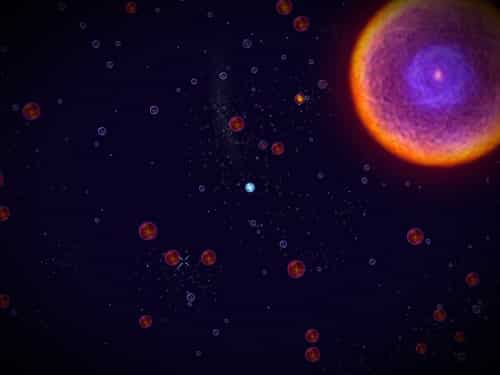 The premise of Osmos is simple with players advancing through the levels on offer by increasing the size of their single celled organism (mote) by consuming ones that are smaller. While this gameplay is not new to Osmos it does present it in a unique way with some different mechanics to what other games in the space offer.

Most notably is the graphics which look like something from outer space and the way that using movement impacts on your size so is a limited resource.

Starting out in each level players will be small with only a few smaller motes to absorb with your objective to become the largest around. Contact with any of the larger circles will result in an instant game over so players will have to carefully plan out their route which can be achieved by zooming out to assess the entire level.

To navigate around the map players can tap behind their little mote to propel them forward. This expends a small amount of your mass and thus should be used sparingly but will give you enough force to move in your intended direction for some time. 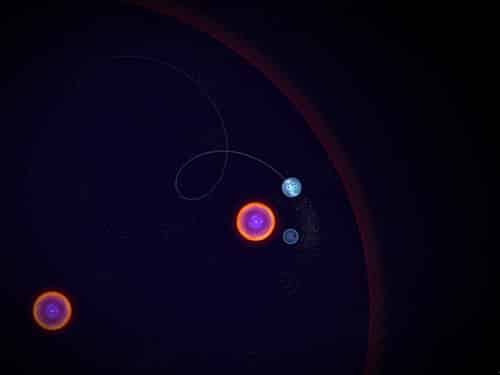 The gameplay of Osmos quickly evolves beyond these ambient levels filled with inactive motes though to more intense levels that involve active enemies that will hunt you down and even force levels that use a concept similar to gravity to move around the level.

For a simple puzzle game with superb design you can’t look past Osmos, it’s wonderful atmosphere and slow advance in mechanics tick plenty of boxes.

This review was first published on May 21, 2014. Read our update policy to learn more.