Choose your own space adventure in Out There a game that challenges you to survive in the vastness of space as you travel between planets and acquire resources. Originally released for iOS and Android device the title was eventually brought across toe PC, Mac and Linux with an enhanced version for the Nintendo Switch in 2019.

Set in the future as the human race makes a mad dash for resources outside our own planet players find themselves lost outside the solar system as they wake from their cryonic sleep. Intended to be sent to a Jupiter moon to locate a sufficient source of raw material to support Earth players now find themselves well beyond their intended location. 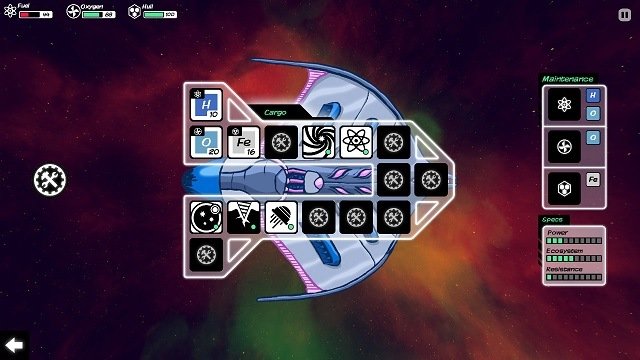 In order to have any hope of making it back to Earth players will need jump from star to star where randomised events will take place impacting or improving on your ability to survive and requiring reactive action. Ultimately players can assist one of the three primary alien races achieve their  galactic objective which ends the game. With an additional fourth ending in the Omega game version you’ll find plenty of reason to replay Out There on top of the fact that due to randomisation you’re unlikely to be victorious in your first few runs.

Each start system contains a number of planets (usually 2 or 3) which you can orbit to acquire resources or use the opportunity to make contact with alien lifeforms. Resource management is particularly vital as each jump between planets chews up some fuel and oxygen resources that can be replenished provided a planet has the correct elements (helium, hydrogen or oxygen). Similarly if your ship itself takes damage from randomised events you’ll need to seek out iron from a planet to repair your hull. 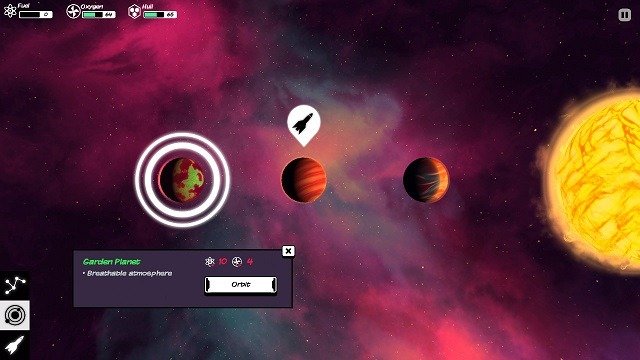 Running out of any of the key resources or taking excessive ship damage will of course result in game over as you’ll be stranded on the foreign world which gives the game a rogue-like style. Accordingly in Out There you expect to die often and have to start all over again with a new randomised galaxy waiting to be explored.

The limiting factor in Out There that makes this more difficult is the limits of your spaceship storage which only offers a small amount of cargo space which can be used by resources or core modules. These core modules allow you to move around in space, drill and probe planets while eventually allowing advanced technologies for planet terraforming, shields and even a wormhole generator. 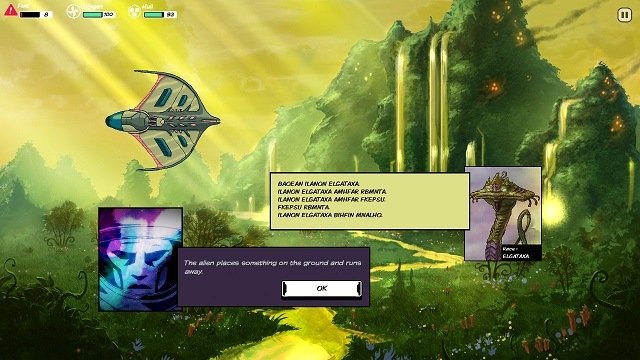 While each game starts with a basic well rounded Nomad ship class players can find other ships from random events and swap to them for the rest of the adventure. Each ship has a different cargo capacity, power (jumping distance), ecosystem (oxygen drain) and resistance (hull strength) that can alter your strengths and strategy.

In addition to the impressive core mechanics Out There also features fantastic writing, multiple choices to random events and sleek comic style graphics that make it an attractive rouge space adventure with plenty of replay value.

Games Finder is a Steam Curator and featured in the aggregate review scores data of MobyGames and Neoseeker.
FEATURED ON
Games Like FTL: Faster Than Light, Games Like No Man's Sky
LEAVE A REPLY Cancel Reply