Outland is a downloadable platform title for the Xbox 360 and PlayStation 3 which available through their respective online portals amongst a Steam release version for computer based gamers. Marketing itself as a Metroidvania Outland sticks to the formula set by predecessors in this genre with a few additions and exclusions to make it a unique journey. One such refinement is the faster paced experience that plays out through the puzzle and platform level blend alongside consistent combat. 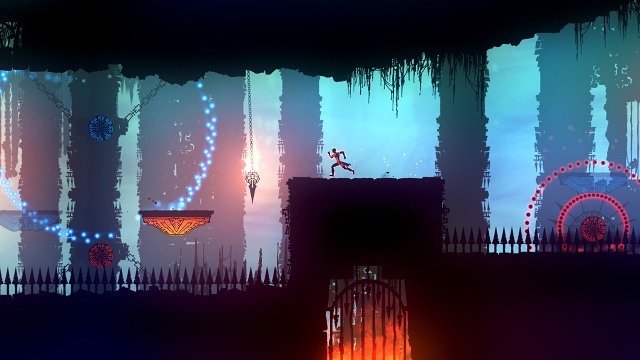 Behind this gameplay is a fairly detailed story to the world of Outland for those that wish to explore it. In a nutshell though Outland follows a man in the present day that is plagued with strange dreams and visions of battles and combat. With modern medicine unable to help these visions he visits a shaman who tells him that he is the reincarnation of a powerful warrior who fought ancient battles over 30,000 years ago with mythical origins.

The greatest victory of this unknown warrior was the imprisonment of the two sisters of Chaos who had the power to control both light and darkness across the world and had chaotic intentions. Recently these sisters have escaped from their prison with their powers awakening the hidden memories of the player who must once again on behalf of the world seek to imprison the sisters. In order to achieve this goal players must track and defeat four protectors who have recently been corrupted by the sisters powers before eventually facing off against the sisters themselves. 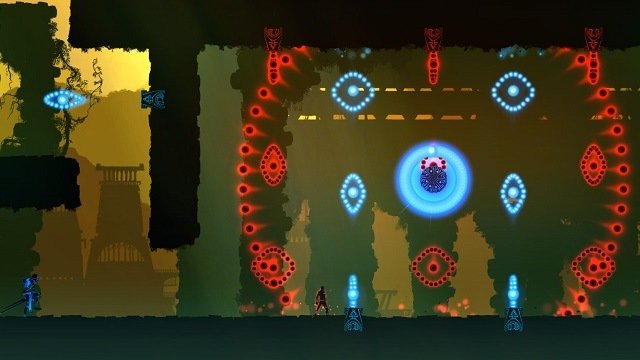 In order to do Outland follows a Metroidvania format that emphasises platforming gameplay amongst monster combat. A recurring puzzle mechanic is also present which is based on the player being able to switch between blue and red energy which are intended to represent light and dark respectively. By switching colours players are able to pass through barriers and fight monsters that are of the opposite power which requires some forethought and planning particularly towards the later half of the adventure where puzzles become more complex although still based on the same basic principles.

One area of note where Outland steps away from its Metroidvania origins is with the linear based level design that guides players towards specific locations rather than allowing for more free flowing exploration and branching paths. While having the benefit of keeping players on track towards their chaos sister battle this comes at the cost of the sense of wonder and freedom that these games usually provide and probably not a good trade-off for most gamers. 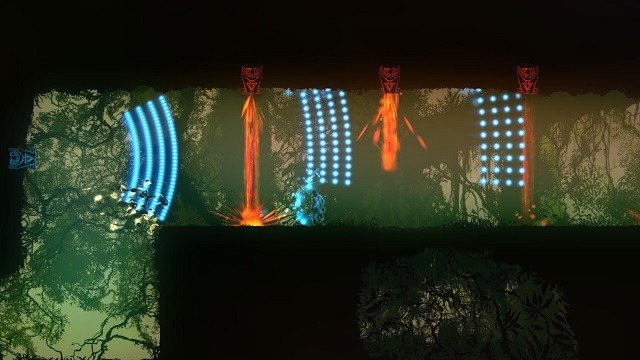 For those that would rather experience the above adventure co-operatively a co-op game mode is included which allows players to enlist the help of a friend. Alternatively, outside the core story experience Outland adds a few additional hours of gameplay through an arcade mode designed for competitive comparison.

Games Finder is a Steam Curator and featured in the aggregate review scores data of MobyGames and Neoseeker.
FEATURED ON
Games Like Inside, Games Like Limbo, Games Like Ori and the Blind Forest
LEAVE A REPLY Cancel Reply