Outlast offers a terrifying experience that is very similar in design to the popular horror game, Amnesia. 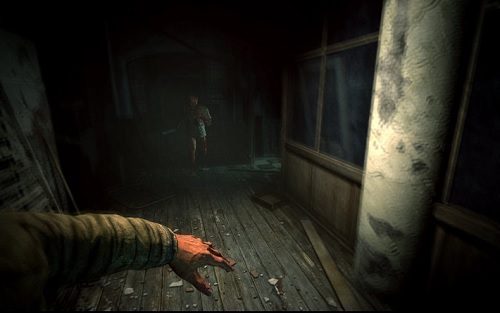 The game follows your journey as Miles Upshur, a freelance journalist who receives a tip about the psychiatric hospital Mount Massive Asylum. Once you arrive at the hospital you find that the doors are locked and you are unable to gain entry. After you gain entry (which also serves as the tutorial) you find that the staff of the hospital are dead and the monstrous patients are roaming around inside and they are out for your blood.

Your first encounter with such a patient happens fairly early on as you explore your very first buildings. This encounter leads you to be thrown through a window and meet an inmate that believes himself to be the religious leader of these once human creatures. This priest like figure known as Martin makes several appearances throughout your journey to escape and adds another element to the creepy atmosphere.

Gameplay in Outlast matches up with the likes of Amnesia where players have no weapons and must rely on their ability to run and hide if they are to escape the Asylum. This isn’t some Amnesia clone by any means though so don’t consider it as such.

Outlast is a very realistic first person game with plenty of small details that help to immerse you into the game. Most notably is the realistic movements of the player such as walking sideways to squeeze through a narrow opening or pulling yourself up onto a ledge. 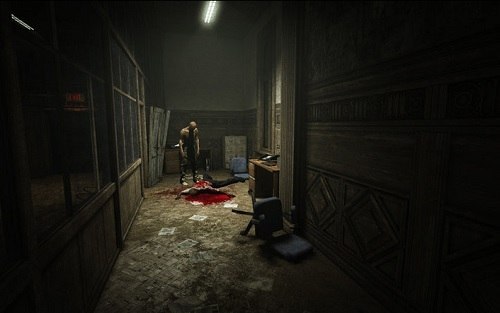 Outlast is also a very dark game and often will find that your only source of light is the handheld video camera of Miles which players can look through for a night vision like experience. You camera runs on batteries and is constantly losing its charge but you’ll find plenty of replacement batteries around the world.

If horror is the genre that you like to call home then Outlast delivers a great adventure with its truly disturbing setting.

Games Finder is a Steam Curator and featured in the aggregate review scores data of MobyGames and Neoseeker.
FEATURED ON
Games Like Amnesia, Games Like Resident Evil, Games Like Silent Hill
LEAVE A REPLY Cancel Reply