Overlord opts to blend a number of genres together with role playing elements, kingdom management, action-adventure and Pikmin like game puzzles to offer a unique and humorous title. Released in 2007 the game was the first title in the Overlord franchise with an expansion pack (Raising Hell) released soon after which also happens doubled as the name of the PlayStation 3 full version. 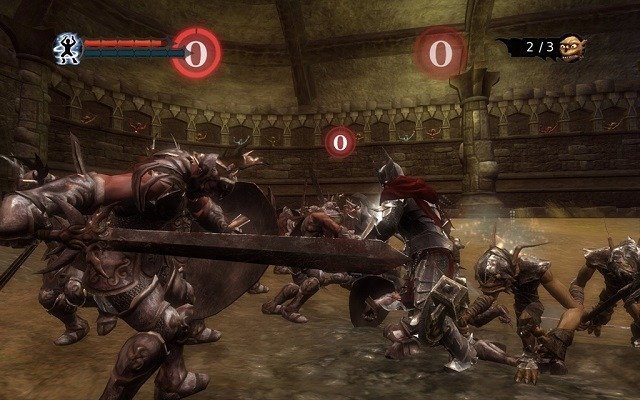 Set within a fantasy world Overlord tasks players with the role of an evil leader who seeks to reclaim power by spreading evil across the land and ultimately restoring the dark empire. While your objective is an evil one Overlord offers a number of karma based decisions that allow players to range from slightly evil to pure evil throughout their playthrough which has some visual impact on the game world and player character. The journey to achieve this goal is a long one though with players starting literally from the grave after being dug up by gremlins with no memory of your past life.

Early gameplay in particular is action heavy with players wielding their dark overlord through a number of game maps to collect resource souls by defeating humans and other inhabitants from the land above. This is done through a mixture of dark magic and melee weapons which expands at a consistent pace throughout the adventure to keep things entertaining and varied alongside upgrades for equipment, maximum health and maximum mana. 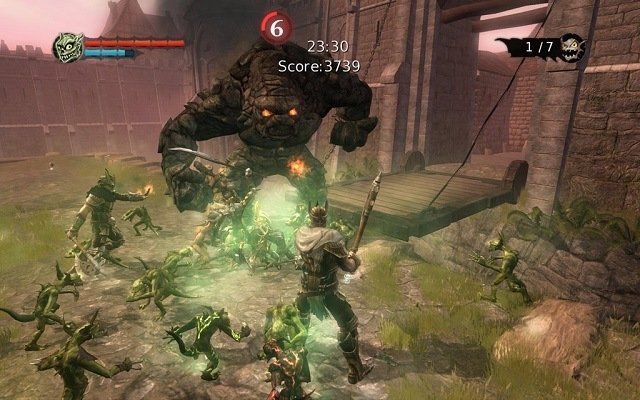 In addition to these collected souls being useful to upgrades they are also the basis of your minion army which come in four different types which have corresponding soul types that can only be obtained from certain enemies. With the appropriate souls players can summon minions to do their bidding from joining in combat to being the primary source of puzzle mechanics for the game. Similarly, to items these minions are unlocked at a steady pace and once unlocked can allow the player to reach previously impossible areas for upgrades and loot.

Available minions in Overlord range from brown melee fighters, red fire throwing minions, green poison resistant sneaking minions and the healing based blue minion who is also capable of reviving slain minions in a limited time frame. While brown minions often make up the bulk of your fighting force an appropriate number of other minions is often required for the bulk of game puzzles. 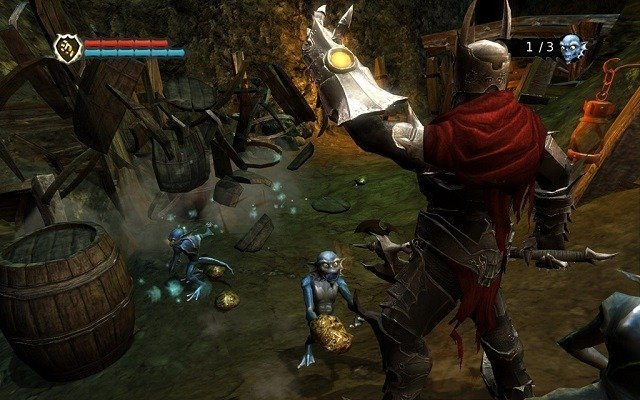 In its most simplest form this could be a switch that requires 5 minions to activate but is on the other side of water meaning you’ll need 5 blue minions in order to progress through the puzzle. Issuing commands is vital in such instances with players able to select specific groups of minions, direct them to a location on the map, interact with a specific object or guide them with the sweeping movement mechanic through more difficult areas which is subject to the co-operation of the games camera and controls. Given this puzzle design minion numbers in Overlord are extremely free flowing with players able to add or subtract minions from their party at certain waypoint locations which places them in storage at their evil lair.

Despite the sometimes frustrating controls those evil lords that take the time to learn the tricks to manipulate it will be greeted with a unique title. Combing the unique blend of game elements with fantastic and constant satire humour makes for the ultimate evil adventure.

Games Finder is a Steam Curator and featured in the aggregate review scores data of MobyGames and Neoseeker.
FEATURED ON
Games Like Dungeon Keeper, Games Like Fable
1 COMMENTS
LEAVE A REPLY Cancel Reply