Overwatch is Blizzard’s addition to the fast and often frantic first person shooter. Opting for a character based affair there are nearly two dozen uniquely designed heroes that come with their own skills to mix and match to make your ideal team of six. 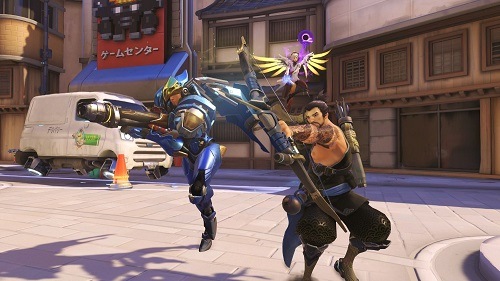 In terms of setting the game takes place on Earth although is sixty years in the future after the events of the Omnic Crisis have left scars across the globe. This crisis arose after the creation of advanced AI which was created to aid humanity but eventually created hostile robots to turn against the creators instead. In reaction the Overwatch was formed as an international task force to combat the threat and restore order.

Joining 5 other players in each match players will select one of the available heroes to face off against an opposing team of 6. Your purpose varies based on the game mode with your Overwatch options being very objective orientated.

Broadly falling into offence, defence, tank and support players are rewarded for correctly balancing these categories within the team while also selecting counters. These heroes fill a typical role on the battlefield with offence dealing the most damage while being highly mobile, defence heroes being the master of choke points and traps, tanks having the highest HP values with a number of disruption based abilities and finally supports who buff their team while debuffing the enemy. 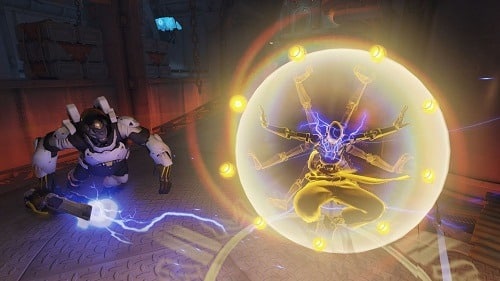 All of these skills work alongside a basic attack and an ultimate that slowly builds up over time, with bonuses to its recharge rate based on kills and other important objectives.

At the end of each match a play of the game video will reply the most impressive action for all to see. Additionally experience is handed out to players with each level rewarding a loot box for additional items such as cosmetic items, skins, voices and additional in game currency to spend.

Games Finder is a Steam Curator and featured in the aggregate review scores data of MobyGames and Neoseeker.
FEATURED ON
Games Like Team Fortress 2
LEAVE A REPLY Cancel Reply