Painkiller is a FPS title released in 2004 which has since been expanded with a number of expansion packs. Playing as one would expect as an olden day shooter you’ll have fast action, brutal weapons and plenty of explosions. 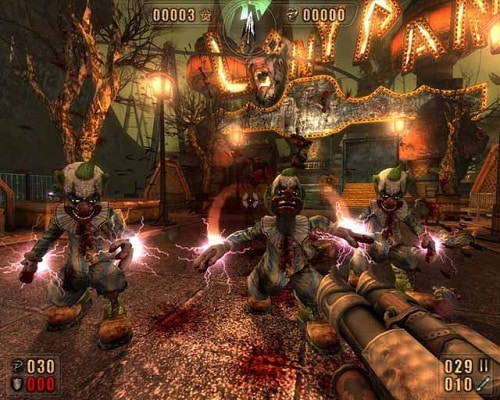 The story within Painkiller revolves around Daniel Garner, a young married mine who on the way to a birthday dinner for his wife has a high speed collision with another car. While your wife is taken into heaven to live in harmony Daniel is stuck in Purgatory.

Approached by the angel Samael who offers him the path to purification provided he can kill four of Lucifer’s generals and stop the upcoming war between Heaven and Hell. Along the way Daniel meets fellow trapped Purgatory character Eve who reveals more about the world that you find yourself in.

Said world is extremely varied in Painkiller with some insane scenarios for players to fight their way through such as the haunted asylum filled with zombie inmates, a train station with WW1 era soldiers and even an opera house filled with ninjas. 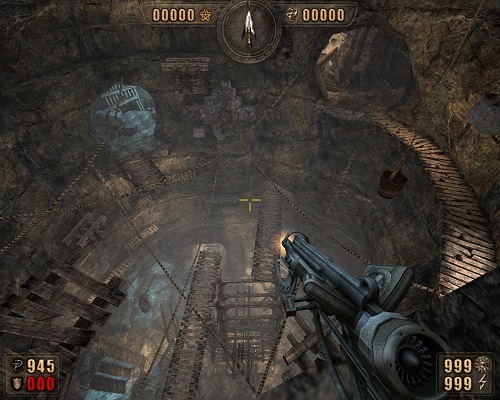 This unique design in levels spills over to the weapon options as well with the likes of a shotgun, mini-gun and rocket launcher combination and stake gun. All of these come with a primary and secondary fire mode to keep things interesting. Your ultimate weapon mode though is the Demon Morph which activates after a certain number of kills, altering the game screen to black and white and killing enemies with a single glance.

Further customisation in Painkiller is added through tarot cards that are rewarded for certain level achievements and can alter your stats for a limited amount of time, rewarding those gamers that go the extra step in each level.