Paladins (Paladins: Champions of the Realm) joins the growing number of free to play hero shooters. With a setting hat blends together fantasy with that of ancient technology the Paladins setting is unique to the hero shooter. On top of the core hero shooter Paladins also offers a Paladins Battlegrounds game mode. 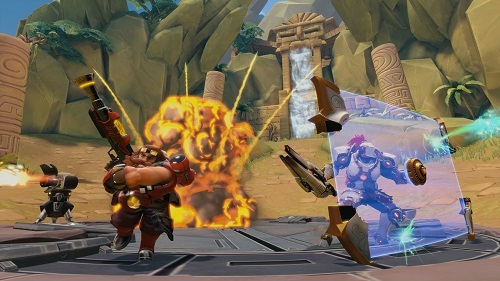 Similar to other games in the niche Paladins offers a range of champions to control on the battlefield that come with their own special set of abilities that can be further customised through a card based system. All of this is wrapped within a level up system alongside quests and achievements for cards, costumes and weapon skins.

Paladins champions fall into 4 broad categories and archetypes being front line, damage, support and flank. Ideally a balanced team of players will perform the best in each of the games maps and modes which is supported with the use of voice chat and other communication.

Front line champions feature high health values and pair it with defensive capabilities that can protect their team mates. Support champions are similar with their team focus but instead offer healing and high utility that make them a great asset on the battlefield. On the other hand the two aggressive archetypes are damage and flank who both possess great damage and abilities to position themselves in a place to do so. 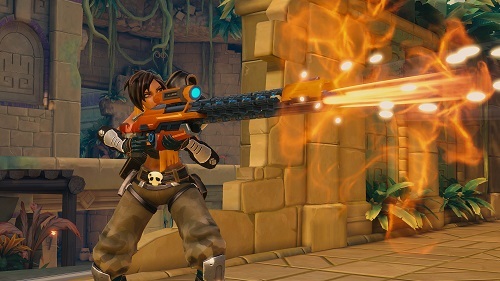 All champions are armed with their own special weapons, 4 different abilities and their ultimate which slowly regenerates or charges faster when dealing damage or healing allies. In total there are currently 34 champions for players to unlock with more planned for release, players can experience most of these through a free champion rotation before making a purchase.

For game modes Paladins has a wealth of options including Siege where you capture a central point, Payload where the attacking team escorts an objective along a track, Survival which features smaller maps and no respawns and Onslaught which features point control. All of these are reminiscent of similar games in the genres and can be played across the multitude of game maps.

Games Finder is a Steam Curator and featured in the aggregate review scores data of MobyGames and Neoseeker.
FEATURED ON
Games Like Fortnite, Games Like Overwatch, Games Like Team Fortress 2
1 COMMENTS
LEAVE A REPLY Cancel Reply