Palette is one of the classic games in the freeware Japanese horror genre and was released in 1998 with the help of RPG Maker 95. The game was also awarded as part of the ASCII Entertainment Software Contest which led to a PlayStation version entitled Forget me not – Palette- (not covered here). 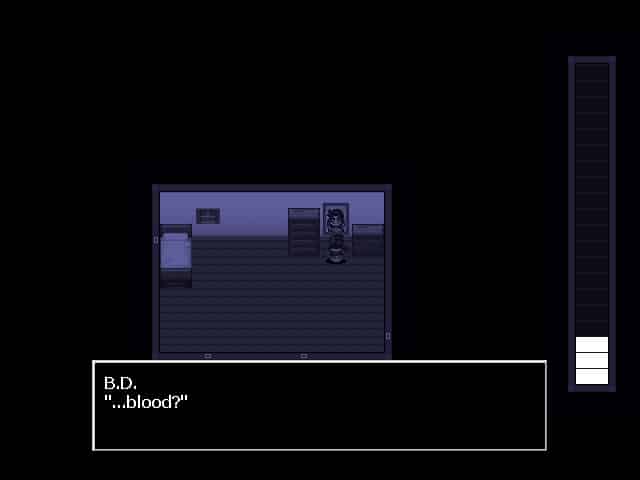 The story of Palette centres around players helping an amnesic girl referred to as B.D. Your role in this adventure is as Shianosu B. Shian a well known psychiatrist who is reluctantly coerced into helping the girl one late night at the office.

For the most part though players control B.D. in her own dream world that is made up of mazes, puzzles and passages that have been designed for exploration and discovery. There are two primary game modes in Palette, the main one focuses on this exploration as you explore and move between the available maps in a black and white colour palette with various brightly coloured objectives.

During this mode each step into a new map or hitting a barrier will slowly decrease the gauge on the side of the screen which when it reaches zero players will be sent back out to Shian’s office (due o B.D. complaining about a headache). 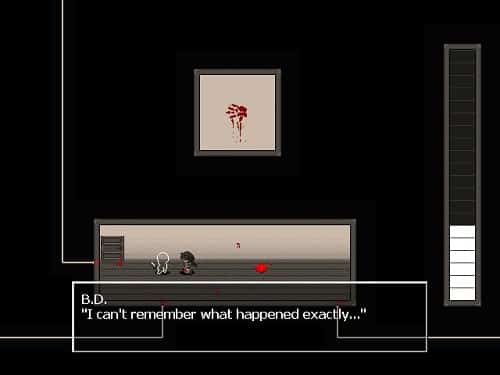 The second game mode is activated when you inspect objects in the first mode which alters the world around you and gives you the chance to being restoring memories, a key step in the advancement of the story.

With the game translated by vgperson into English (the brain behind many Japanese horror game translations) Palette is now accessible to a larger audience. It standard up fairly well to the more recent games in this genre although you will see the age of the game in certain parts.