Turning the tables on the typical disease outbreak game, Pandemic: The Board Game brings the actual board game to mobile and sees you playing the role of disease fighting team. 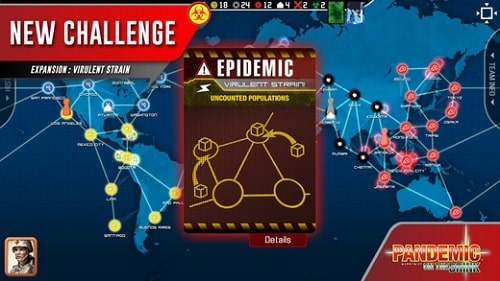 Just like the board game you’ll be keeping a total of 4 diseases at bay across the world while also seeking out cures. Playing as 4 different specialists (controlled by a single player or multiple players) its a race against the clock as outbreaks spread from city to city.

As this mobile game stems from a board game you’ll find turn based gameplay at the heart of it. With each character turn you’ll have several decisions to make from taking a disease cube from a region, fly elsewhere, trade some player cards between characters and more. Generally you’ll find yourself using your turn in a reactive way as turns end with new infections based on drawing deck cards with city names and diseases.

These infections can be from any of the four different diseases and are represented with cubes on world map which features most of the big cities. If 3 of these cubes find themselves active in any city at a particular time you’ll trigger an outbreak in that area which can quickly see your current game crumble by leading to one of the many game ending scenarios. 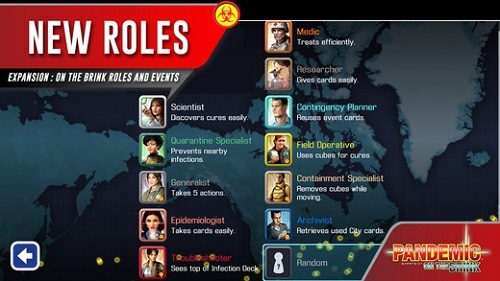 Capturing the true uphill battle of disease control you’ll only have a single win condition which requires you to cure every single disease which needs 5 disease cards of the same colour, requiring lots of damage control in between.

With multiple characters to try with their unique skills and a number of settings to alter the difficulty of matches you’ll get plenty of games from your Pandemic: The Board Game purchase.

Pandemic: The Board Game