Panzar is another one of the MOBA games adopting a third person perspective rather than an isometric one. Like many in the genre it’s a free to play experience and promises plenty of depth. 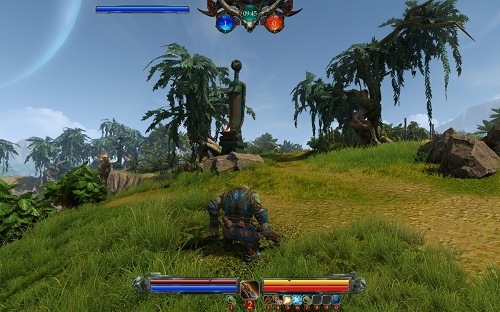 Panzar is set in a game world that simply exists for the lust of war. You’ll join in on this world as four ancient races (orcs, humans, elves and dwarves) to battle on behalf of dark gods within a number of grim environments (which are all beautifully presented).

This beauty comes from the CryEngine 3 which backs Panzar and promises not only impressive landscapes but also some great looking abilities and character models that really bring the game to life beyond what is currently available in the genre.

In terms of gameplay you’ll find that Panzar offers several different game modes making it more of an MMO arena game as opposed to a traditional MOBA. You can expect a Domination mode, King of the Hill, Siege and a unique Meteor mode, that has you searching for an object and claiming it for your team.

Players are free to choose from 8 different class options in each game with two classes tied to each of the races. The Beserker and Tank classes for example are represented by the Orc race, tying in with what you would expect from a race that is often portrayed as aggressive. While the more intelligent classes (Sorceress and Witch) are saved for the Elves. Classes offer a good amount of diversity with something for everyone’s taste without being overwhelming to new players. 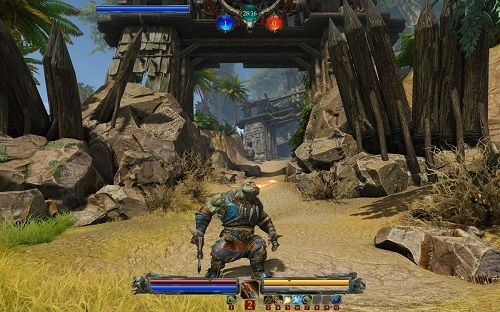 Combat is one of the more interesting and unique elements of Panzar with a target free approach that means damage is based on the direction that your attack comes from. Most of your basic attacks (left click) will do little damage but power attacks (right click) can deal lots of damage in a single blow while depleting your power bar, provided you can hit your enemy. While skills and abilities still work on a standard mana system.

With a style of game that plays like something akin to Skyrim’s or Mount and Blade’s combat Panzar is definitely unique but only time will tell if it has long term traction in a crowded space.