With the release of Paper Mario: Sticker Star the Paper Mario franchise has reached its fourth game instalment and also marks the first on a handheld console with the title released for the 3DS. This classic fourth wall breaking franchise follows a similar formula to previous titles with a few small tweaks to continue the spin-off franchise legacy. 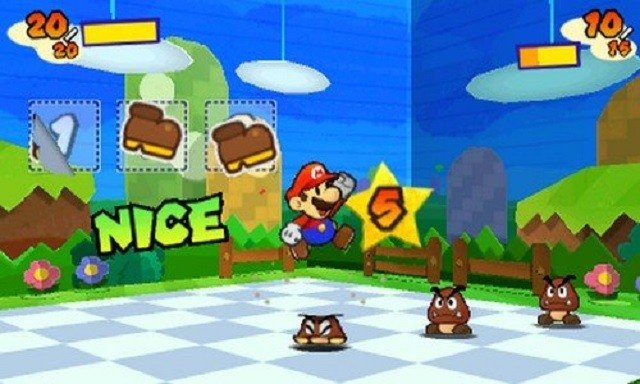 Like the games that precede it Paper Mario: Sticker Star has a distinct paper craft appearance for visual design which sees all the familiar characters, enemies and locations presented with a unique paper aesthetic. For the first time joining this design are stickers which hide in plain sight or difficult to reach locations while adding a new game mechanic, serving as items and power-ups of the game which are primarily used in the turn based combat engagements.

Set within the Mushroom Kingdom and its surrounding areas the story follows the Sticker Comet which lands every year in the kingdom and is considered good luck to wish upon just like a shooting star. Not content with allowing the Mushroom Kingdom inhabitants celebrate the yearly arrival of the Sticker Comet Bowser shows up during the festivities. Gaining immense power after touching the comet this action by Bowser also flings 6 stickers into the far reaches of the kingdom before he pushes Mario aside and grabs Peach before fleeing. 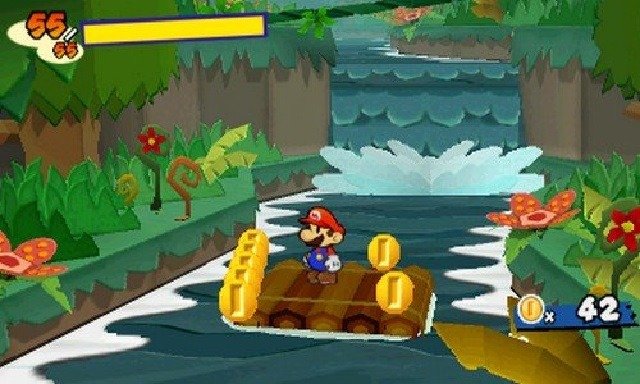 With your typical Mario game setup established Mario wakes up and begins his mission to restore order to the kingdom and reclaim Peach from Bowser’s grasp which requires collecting all of the scattered stickers from the corners of the game realm. Joining players is Kersti, a fairy sticker who guides Mario and helps him use the power of stickers throughout his journey. This includes assistance in locating, purchasing and utilising various stick types for combat or environmental puzzles.

Said combat returns to the style of the original two Paper Mario games with a turn based system where players spend their acquired stickers to perform various actions which in turn removes it from the players inventory requiring balanced use of powerful and less powerful stickers and is particularly important with the limited space in your sticker album. Enemy types see a range of familiar and new challenges with the likes of Goombas, Boo and Boomerang Bros. 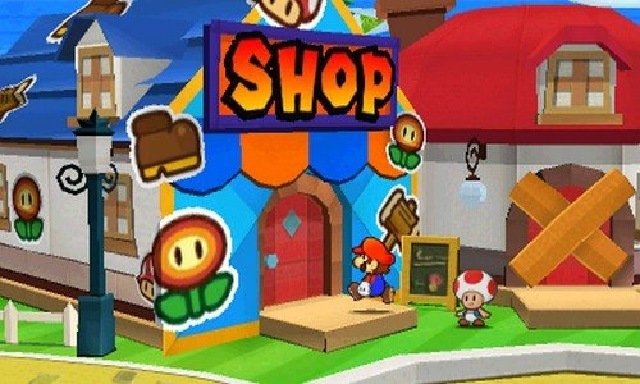 Your primary stickers revolve around familiar Mario mechanics with jump and hammer providing two standard attacks to dispatch enemies (although jump is ineffective against spiked opponents while hammer is ineffective against flying enemies). Other stickers are mostly utility based giving Mario healing, protection and other benefits that can be used strategically in combat.