Papo & Yo is an interesting fantasy adventure originally released on PlayStation 3 and later brought across to Windows, Mac and Linux a year after release. Papo & Yo blends the core adventure with a range of puzzles as you follow a young Brazilian boy in a dream like world of mystery and strange settings. While these puzzles litter the dream like world the majority use fairly simple mechanics with the emphasis more on the adventure rather than puzzle challenge. 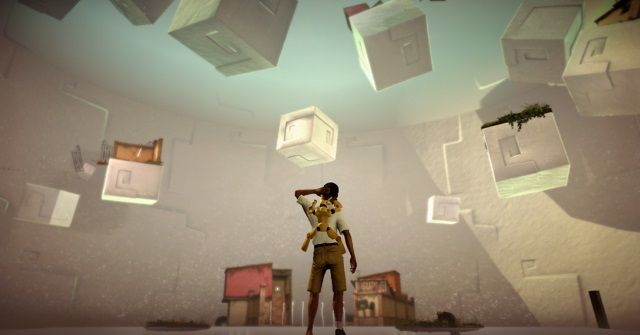 The game centres around Quico, a young Brazilian boy who finds himself hiding in the closest from his abusive father and in turn discovers a strange dream world within it. Holding tight to his favourite toy, a robot doll he finds a strange chalk pattern within the closet which when touched sends him to the dream world, allowing him to escape his situation and forget his worries as he explores the uncovered world. Based on the designs of Vander Caballero who experienced similar abuse as a child the attention to detail and feelings put into the game are clearly apparent.

In this strange new world Quico meets a young girl who originally is fearful but eventually helps guide you through the strange environment that she seems strangely familiar with. Further into your adventure players discover a strange creature known only as Monster who can go from docile to angry very quickly and a key ingredient to the often basic puzzles as you make him switch between the two. During exploration players will also see flashbacks of their father as connections between the dream world and the real world begin to be drawn. 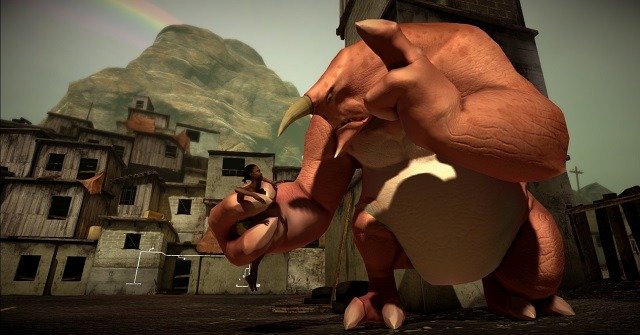 Minute to minute gameplay is all about navigating the Brazilian favela like setting that Quico finds himself in. As noted Papo & Yo utilises some basic puzzles throughout this setting which require players to move objects and activate parts of the environment. For example touching or pulling various chalk drawn objects will reveal new paths to be explored amongst other simple environment interactions.

While simple some of these can have dramatic impacts on the environment though such as moving entire staircases or shacks which ties into the dream like aesthetic. These never feel difficult and feels more like a natural exploration that one would expect from a world created within a child’s imagination rather than brain teasing challenges. 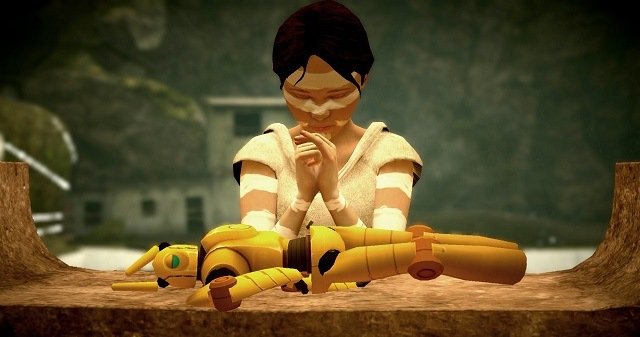 Once players find Monster at around the mid point of Papo & Yo story though the game mechanics and puzzle options expand to include using Monster’s large belly to reach new heights or guide him to hold down a pressure plate and using his different emotional states. Overall Papo & Yo offers a great exploration of Quinco’s dream like world while exploring some darker themes.

Games Finder is a Steam Curator and featured in the aggregate review scores data of MobyGames and Neoseeker.
FEATURED ON
Games Like Gone Home, Games Like Journey
LEAVE A REPLY Cancel Reply