Payback 2 – The Battle Sandbox throws you in a variety of sandbox environments and lets you run wild with campaign, story, multiplayer and various challenges. From racking up as many dollars as possible to getting behind the wheel of a car in a race or devastating the town from inside a tank Payback 2 – The Battle Sandbox definitely offers it all. 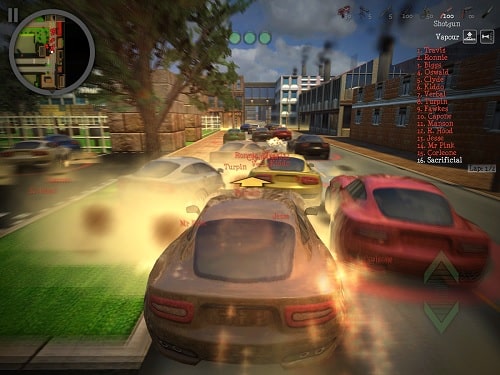 There is clear inspiration from the GTA franchise but in this title its broken down into more small pieces of gameplay rather than a continuous game with a story behind it, which suits the mobile environment and the casual player perfectly.

Visuals are probably the games weakest point of what the game has to offer with very basic models and a fairly bland world presented to players. If you’re the sort of player that can’t look past the presentation of a game, you’re best looking elsewhere for a roaming mobile title.

Second to campaign is the story mode which features a smaller collection of continuous missions across 3 maps with specific objectives awarding bronze, silver or gold trophies for how quickly you can advance through the missions in the level. This mode is the most GTA like of your options due to the continuous progress as you acquire new weapons and heat from the cops. 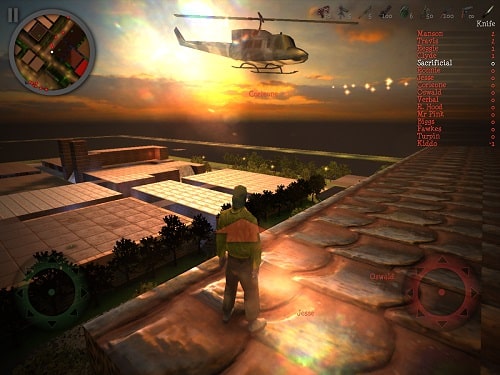 If all of that isn’t enough you’ll be able to join into multiplayer with other players, which are basically campaign levels with bots replaced with real gamers.

Overall Payback 2 – The Battle Sandbox is a nice little sandbox game, it’s got all the basics albeit lacks polish in the key areas of graphics, controls and AI that will turn a majority of players away.