Phantasmagoria is a game with an interesting mix of point and click adventure, horror and interactive movie that released back in 1995 during the early era of the video game industry. After achieving success on the market a controversial game sequel was released that was so horrifying it was banned in many countries and thus never saw the same light of day as the original Phantasmagoria.

Phantasmagoria is also well known amongst interactive movie games and was at the forefront of technology at the time by using real actors to create a true movie experience. With the limited hardware of the day this had the unfortunate side effect of splitting the game across a massive 7 discs and even by todays standards sits at around 2GB game size. 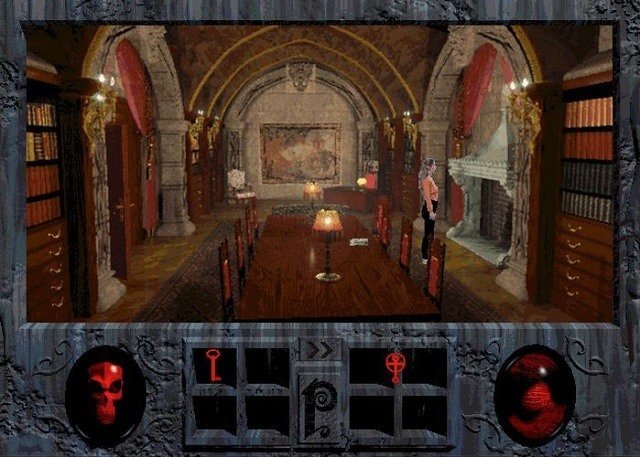 The story of Phantasmagoria revolves around a writer (Adrienne) and her photographer husband (Donald) who have recently purchased a large mansion in a remote area. The mansion was previously owned by a famous magician known as Zoltan Carnovasch which ensures an air of mystery surrounds the mansion throughout the story. Adrienne hopes that the new surroundings will give her the inspiration she needs for her next book while Donald is excited about the remote location and the space to setup his own darkroom for his photography. Just like the horror movies that Phantasmagoria is based on though you’ll expect none of this to go as planned.

Soon after moving in to their new mansion crazy events start to take place around Adrienne and Donald that kick off the horror elements. It quickly becomes apparent that Zoltan was no ordinary magician and that he enjoyed participating in dark magical rituals which eventually led to him being consumed by a demon who still lives within the mansion grounds. From here the player explores the mansion and learns more about the demon origins, the history of Zoltan and ultimately how to dispose of the demon. 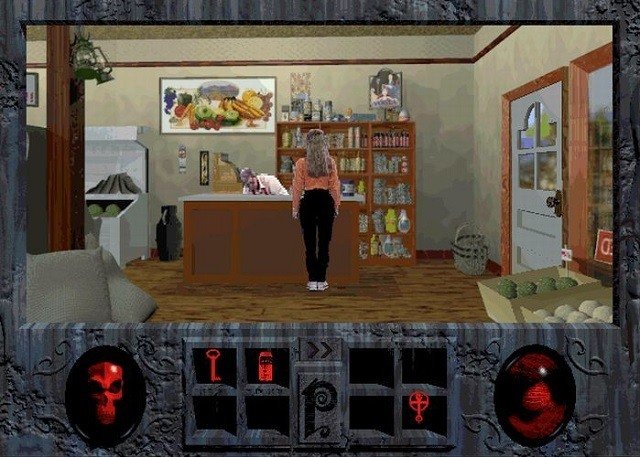 In order to achieve this players will engage with the point and click mechanics offered by Phantasmagoria which allows for interaction with the game world, mansion and individual items throughout. In addition to this exploration and interaction you’ll find a wealth of puzzles in every corner to support your discovery of truth and supported along the way by the live action actors and other cinematic footage.

Other mechanics of Phantasmagoria include moving camera angles that follow Adrienne’s movements through locations, the ability to pick up items with a limited inventory of 8 available, save system, hints and skip buttons all of which were revolutionary and cutting edge for the time period. 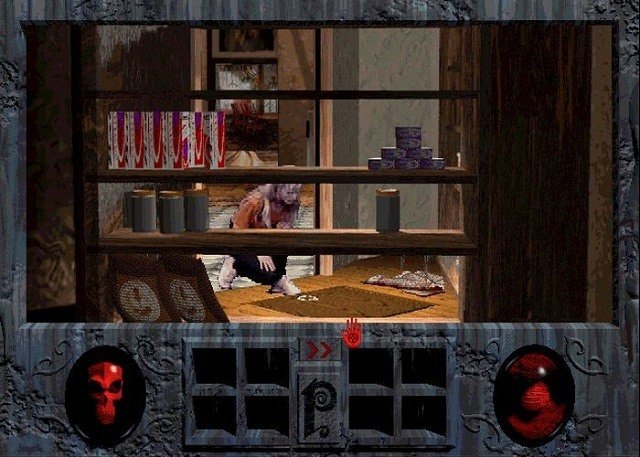 For a game released in 1995 the game has a surprisingly eerie feel that is maintained during the entire adventure game. The interactive movie is also something most gamers would not have experienced before and there is no better game than Phantasmagoria to have your first experience with this once popular genre that has died away as gaming hardware evolved.

This review was first published on February 13, 2014. Read our update policy to learn more.