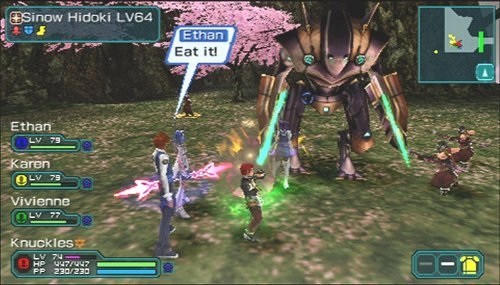 Launched in Japan at the end of 2009 the game crossed the seas in 2010 for American and European releases. On a core gameplay level there have been few changes from the original Phantasy Star instalment with the game focusing on enhancements and increased depth more than anything.

Set only 3 years after the events of the original game players take centre stage as a private mercenary group known as Little Wing. Similar customisation options are available as with the predecessor with facial features, body, gender and some vocal options available for customisation. Alternatively your look can be carried over from your old adventure.

With customisation behind you players can start exploring everything the world has to offer and partake in the combat which has you battling all sorts of monsters from the stars in familiar hack and slash combat. Phantasy Star Portable 2 expands on the strategic options in particular with a huge expansion of abilities for you and your party to utilise. This party is no longer restricted to AI partners either with online multiplayer. 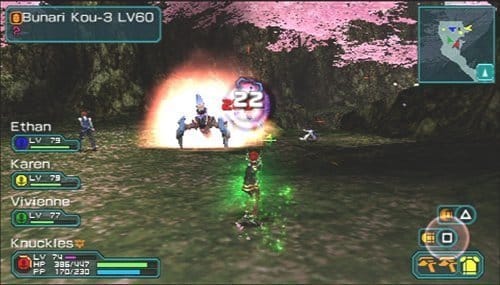 Your opportunities don’t end there either with thousands of items now at your disposal. Farming the now well over one hundred monster types and dozens of bosses has never been as rewarding. The expanded missions also makes this not feel as grind heavy as the original although doesn’t erase it entirely.

While this second game is a step in the right direction and one that fans of this style of game will love it is not going to win other games over to it.