Phoenix Wright: Ace Attorney – Dual Destinies is a mixture of visual novel and crime fighting and the fifth game in a much loved franchise. Featuring familiar faces from other Ace Attorney games players will once again solve crimes through a storyline structure. While originally released for the Nintendo 3DS the game was later ported to the Android platform allowing fans to reexperience Dual Destinies on mobile devices with an appropriate game port that shifts the game to a touch and tap playstyle. 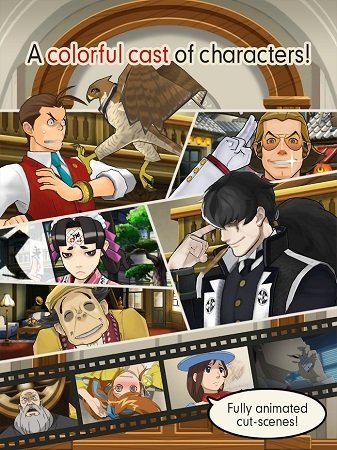 Dual Destinies takes the franchise into darker settings than previous adventures with the legal system currently overrun with false claims and fabricated evidence. In these dark times for the law The Wright Anything Agency led by Phoenix Write and a new team of expert lawyers will once again be playing the defence attorney and looking to throw out all false claims and evidence to uphold the true law.

This team includes Athena Cykes, a specialist in psychology and a young Apollo Justice who is early on his career and looking to work hard for the law. Starting with a difficult murder trial against a fierce prosecutor which leads to more mystery and murders players will experience a law filled story adventure covering several cases that are intertwined together. 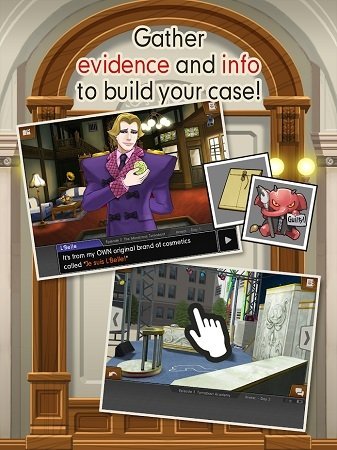 Gameplay in Phoenix Wright: Ace Attorney – Dual Destinies is comparable to other titles in the franchise with players collecting pieces of evidence and then presenting it in the court room to a range of witnesses. This splits each case into two core phases, the investigation stage where you’ll visit locations and interview people through impressive 3D crime scene settings. Secondly, the courtroom phase where you’ll take what you have uncovered to the stands as you question the witnesses and push them to disclose the truth. Using the backlog mechanic you’ll be able to revisit any testimony or story to potentially find minor details to further assist your investigations.

At the crux of this is the returning “Psyche-Lock” mechanic where presenting evidence can reveal extra secrets by making the link between them. A new addition to this Dual Destinies is the introduction of the mood matrix which makes the investigation of witnesses more emotional based than previous games to reflect real life witness statements. On the less serious side players can customise the three core lawyers with costumes to make for some unique hilarious trials. 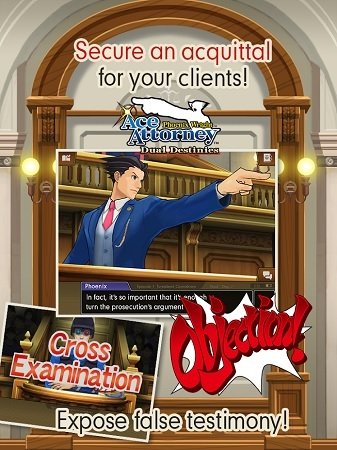 Whether you’re in it for the adventure or the case cracking elements Phoenix Wright: Ace Attorney – Dual Destinies joins an impressive list of games in the series.

Games Finder is a Steam Curator and featured in the aggregate review scores data of MobyGames and Neoseeker.
FEATURED ON
Games Like Choices: Stories You Play, Games Like Criminal Case, Games Like Episode - Choose Your Story, Games Like Town of Salem
LEAVE A REPLY Cancel Reply