Pirate101 is a popular MMORPG developed for children by KingsIsle Entertainment that features a number of familiar mechanics to their similarly named adventure, Wizard101. Opting for a pirate theme instead though and released four years later Pirate101 has a number of fresh opportunities for players familiar with the formula or those entirely new to this child friendly franchise that utilises turn based combat systems.

Set within the same universe known as the Spiral your adventure of Pirate101 will take players across a MMO journey that begins with choosing your class and then taking to the skies in the ultimate adventure filled with exploration, friends and battles. Split into a number of sub worlds that are connected through the Stormgate system players literally fly through the magical Skyways that allow ships to sail through the sky. Guiding your progression through these worlds players follow a series of books and chapters that provide a story structure and pathway to unlock new areas to the otherwise open adventure design. 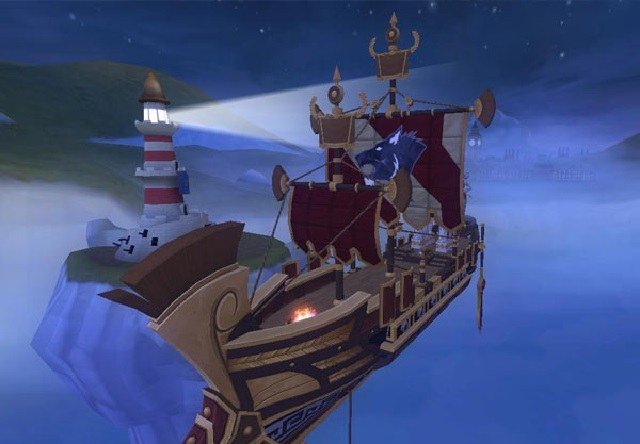 Your adventure in Pirate101 begins as a young orphan who seeks out the fame and treasure of a pirate life although is currently imprisoned on Skull Island for recent rebellious actions against the Armada. After being rescued by some friends players are once again free to explore the diverse world of the Spiral as they chase the long last world made entirely of gold with the familiar name of El Dorado. Along the way you’ll find other main and side story elements that include an evil character known as Kane that seeks to destroy a large floating machine that is pivotal to the Spiral.

Locations as part of this adventure offer a diverse range of real world inspired locations from your starting small Skull Island to the culture rich MooShu that sits on the back of a turtle with a Chinese themed kingdom that is known for its philosophy and skilled artisans. In between you can also visit the historical and mythology inspired Aquila where you will encounter many dangerous beasts, the fantasy Valencia that is literally home to the Unicorns and Dragonspyre that draws on the darker side of fantasy creatures for this dragon themed home. 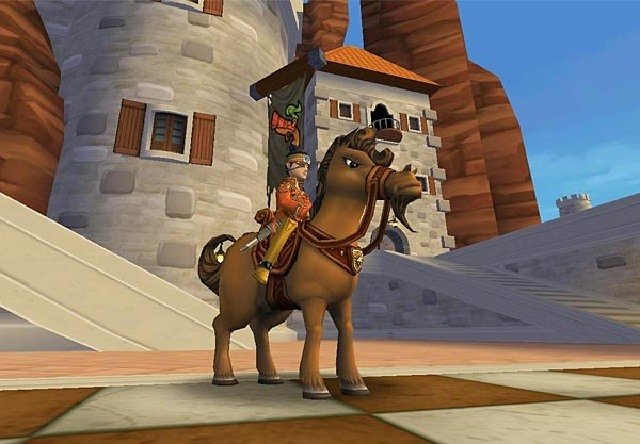 While your story is the same across the player base your choice of 5 unique classes allow you to customise your gameplay with their own strengths, weaknesses and personality so there is something for everyone’s preferred playstyle to fight the abundance of unique creatures you encounter. This includes the likes of the Buccaneer class who are the sturdy warrior class of Pirate101 and are not afraid to wield large weapons and heavy durable armour to protect them from threats that allow them to absorb more damage than other classes. Standing alongside them is the Swashbuckler who similarly is not afraid to get close to enemies although relies on speed and swift attacks for durability rather than heavy equipment.

For players that would rather attack creatures from a distance they have the choices of the Musketeer, Privateer and Witchdoctor in Pirate101. Musketeers are the marksmen class who utilise pirate firearms and traps to damage creatures and ensure they stay at range from the player. Next is the Privateer who opts for a different approach by leading an army of recruited companions into the battlefield and supporting them through buffs and healing to ensure they can complete their task. Lastly the Witchdoctor opts for a magical approach calling on hexes to weaken enemies before blasting them with an array of spirit blasts and summons. 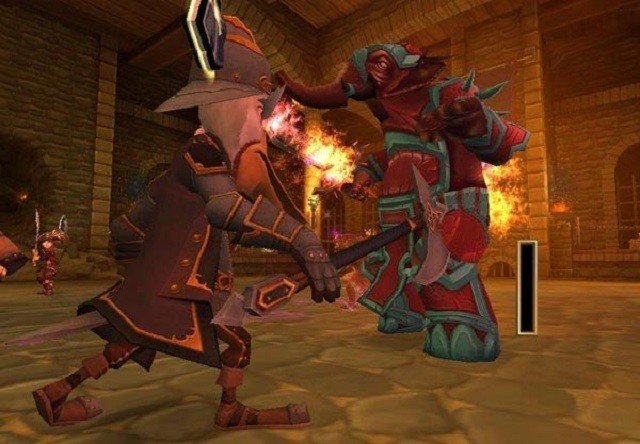 Regardless of your choice of pirate class you’ll find them all capable in solo or co-operative play with a turn based foundation to combat similar to Wizard101. This ensures it is accessible to players of all ages but still provides a fun visual experience and enough strategy for older players to also enjoy the combat. This strategy is also further enhanced through the companion system which allows you to train a partner become the ultimate ally to your character.

Other fun MMO features in Pirate101 include pets, mounts, parties and even houses which players can decorate that round out your adventure to provide activities outside the core story and combat gameplay loop. Just like Wizard101 the game uses a membership and crown system to unlock or excel in some of this additional content though so be prepared to make a purchase to get access to the entire Pirate101 adventure.