Despite the saturated genre of massively multiplayer strategy titles Pirates: Tides of Fortune has one key advantage over the vast array of medieval, western and futuristic strategy adventures and that is the pirate theme which has remained relatively untouched by the genre. This makes Pirates: Tides of Fortune ideal for the fan of the genre who is sick of the same old settings and instead looking to travel the high seas while building up a pirate settlement. 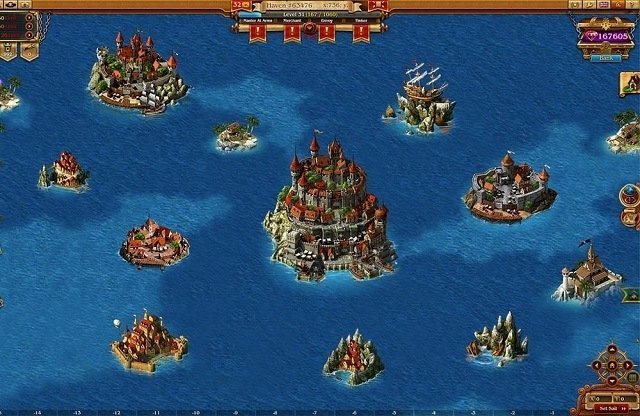 From a gameplay perspective Pirates: Tides of Fortune offers an experience that is reminiscent of the genre and wraps it in a beautifully presented pirate theme complete with some in game voice acting and a pirate themed soundtrack to set the scene appropriately. Central to your strategy is your band of pirates who have their own claim on an island stronghold which slowly improves and upgrades with gameplay investment. In addition to the stronghold upgrades you’ll also find a wealth of enhanced technology options, the ability to attract unique pirates to your crew, adventures undertaken across the seas and an enemy plundering mechanic which works in tandem with resource generating on your own island to build your stock of rum, lumber and gold.

Players start this pirate themed adventure on the Isla Fortuna which is a barren island haven designed to give players the appropriately freedom to shape the island and make it their own pirate stronghold. While the game does take a while with it’s in game tutorials this control is eventually handed over to the player. Much of this early game experience in Pirates: Tides of Fortune is directed by Captain Anne O’Malley, an experienced and ruthless pirate who is also fully voice acted which helps inject some life into the game and is not a feature seen often in the genre. 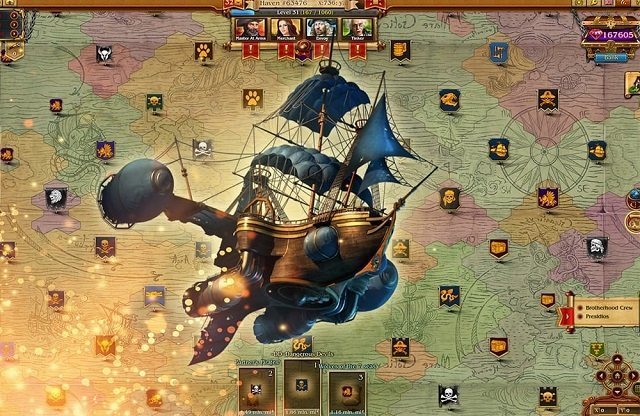 All interactions with the game world from here on are handled from your pirate headquarters that you create from the ground up from your island haven. This includes upgrading various technologies, going out into the seas for exploration or the raiding element of Pirates: Tides of Fortune. The foundation though is of course the resource generation it offers in the areas of rum, lumber and gold which are vital pirate resources. In addition to this base resources there are three special resources of gears, idols and pearls which are earned in more limited quantities and tied to specific game actions and help capture the pirate life thanks to their rarity and value in game.

Not only is it your primary resource generator but it also grants players access to various mechanics once certain buildings have been erected on your island. Resource management is quite satisfying in Pirates: Tides of Fortune with not only three basic currencies to manage (lumber, rum and gold) but also three special resources of gears, idols and pearls which are earned in limited quantities for specific actions. 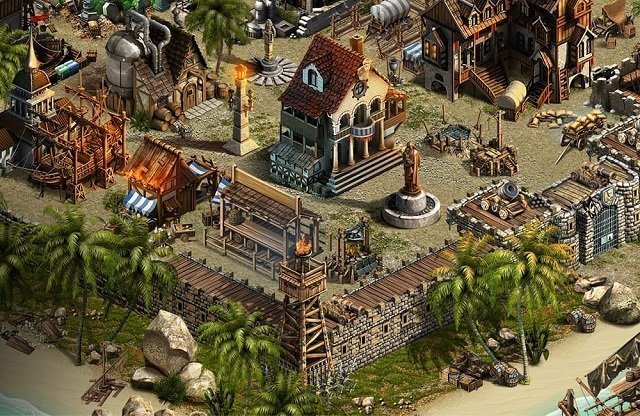 Idols for example are earned for attacking or defending and are an integral part of the technology system of the game, discoveries which impart various bonuses on players once unlocked.. While pearls are gained for levelling up and allow you to upgrade certain unit stats through the Witch Doctor to give your favourite and preferred units a boost on the battle field and potential cover some of their weaknesses. These two research orientated mechanics in particular are what make Pirates: Rides of Fortune stand out against other games with both having a high number of options that let you feel like you are really shaping a pirate community to your liking.

For those select gamers seeking out a fresh MMORTS strategy title the pirate theme and in depth technology paths of Pirates: Tides of Fortune makes it one of the better options in the genre and separate it from the sea of similar titles.

This review was first published on December 29, 2014. Read our update policy to learn more.