Pirates, Vikings and Knights II (PVK) is a free to play action game that uses medieval style combat. The game is actually a modification for Half Life 2 and as such requires a Source game to play (see Steam for the full list of games that meet this requirement). 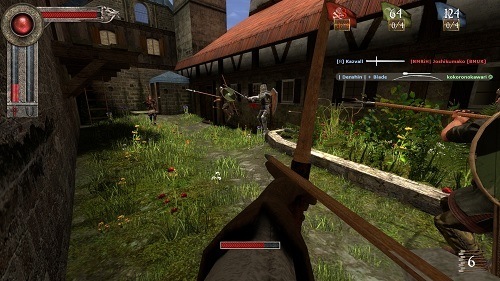 Pirates, Vikings and Knights II focuses on multiplayer gameplay in a team based environment. As the name suggests it follows a war between three different factions, the pirates, the vikings and the knights. Each of these factions has their own class options that come with their own equipment and strengths along with a special move on a cool down. Ultimately, the game is projected to have eighteen classes but that aspect is still under development.

Your goal in each game varies based on the game mode that the player is competing in with a mixture of combat and goal focused game modes available. Game modes just like the class system is still under continuous development but currently includes a team deathmatch mode, a territory game mode and a unique booty game where players attempt to steal treasure from each other.

Each game mode has several maps available which do offer a variety of settings including a cathedral, an arena, an island and a temple. 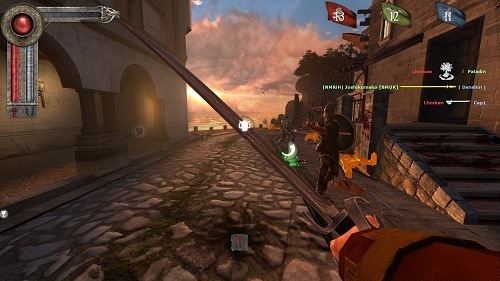 The combat emphasis of the game is definitely on the melee combat with players having to balance blocking and attacking with a number of different attack types available for each weapon. Rather than trying to slash wildly players are often rewarded with carefully timed attacked or parries. Ranged weapons are also included in the game with options including bows or thrown weapons with pirates having access to a number of simple firearms.

If your are tired of all the multiplayer shooter games that are out there and want something different then consider trying Pirates, Vikings and Knights II. Especially since most gamers will find they can get the game for free.

This review was first published on September 22, 2014. Read our update policy to learn more.