Planetbase challenges you to settle the stars with your own team of space settlers as they try to establish a colonist outpost on a remote planet. Originally released in 2015 for Windows the game later expanded to the console market which offers the same science fiction setting struggle for survival as you work with minimal resources far from your home base. 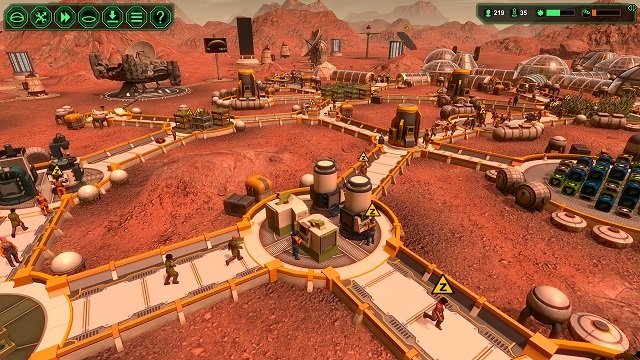 Your ultimate goal in Planetbase to master the four game planets that provide different challenges and increasing difficulty and serve as the campaign levels. Starting out players will explore the barren desert planet which despite its name is actually one of the easiest to conquer before moving onto the frozen planet, the giant gas moon and lastly the storm planet that offer their own distinct challenges and mechanics to overcome. Each planet has its own variables for energy effectiveness (wind and solar) and the risks of external environmental hazards which combined ensure each offers a different difficulty level and experience.

At the start of each of these planet levels players will only have their colony ship and a handful of humans and robots to begin which makes the early game a significant challenge. This initial colony ship comes with a healthy starting stash of resources and also can be broken down for an extra boost to start your colony settlement. 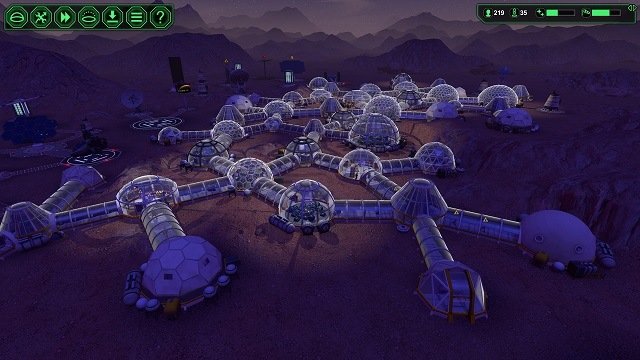 Primary resources in Planetbase include food, metal and bioplastic which come in various forms and are expended for external and internal structures along with the objects within your internal structures. This is where the base building elements of Planetbase come into play as players construct bio-domes, cabins, canteens, control centres, oxygen generators, storage, sick bays and the necessary connections between these to have a thriving space settlement. Outside on the surface you’ll also need to build solar panel arrays, wind turbines, antenna, landing pads and lasers to shoot down incoming meteors.

The game also includes a number of supporting resources such as water, power, medical supplies and several others that are acquire and used in various ways to manage the status of your colonists that have an impact on their effectiveness. The most important of which is health that serves as your measure of a colonist life and can be impacted by a number of conditions like injuries, radiation, sickness, wounds and malnutrition and if not managed can lead to the colonist demise. Players also need to manage nutrition, hydration, oxygen, sleep and overall morale that can result in similar untimely ends or reduce effectiveness of task completion. 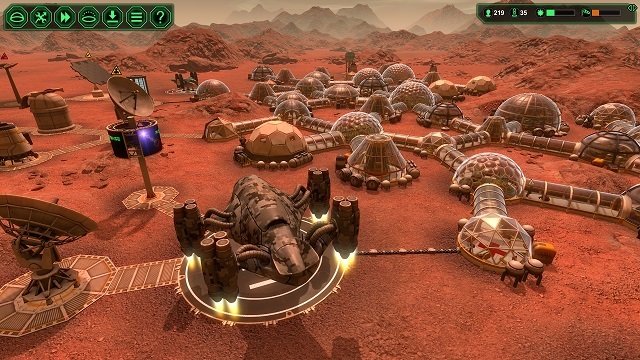 Managing resources is of course the key to a survival themed strategy game such as Planetbase with starvation, environmental hazards and suffocation being common causes of deaths to your colonists. These can occur either because of poor management or come about as the after effect of meteor showers and sandstorms striking your colony without sufficient response by the player.

With time if successful players will be able to expand their colonist to hundreds that each serve their own role with worker, biologist, engineer, medic and guard options that work alongside various automated bots. Each provide an important task to your overall settlement and need to be finely balanced for the task at hand to ensure your mining operations, buildings and medical treatments remain operational.

Games Finder is a Steam Curator and featured in the aggregate review scores data of MobyGames and Neoseeker.
FEATURED ON
Games Like Dungeon Keeper, Games Like Dwarf Fortress, Games Like Factorio, Games Like Prison Architect, Games Like RimWorld
LEAVE A REPLY Cancel Reply