The wacky Plants vs Zombie themed shooter is back with a sequel that introduces new characters and plenty of single player content for those that don’t want to solely focus on the multiplayer scene. With Plants vs. Zombies: Garden Warfare 2 players can expect a similar overall experience as you take control of various plants and zombies in third person while conquering the objective focused gameplay.

Game design wise most of the core features have remained the same with Plants vs. Zombies: Garden Warfare 2 set just after the events of the original Garden Warfare with a plant victory although with the use of time travel the zombies were able to conquer Suburbia and rename it as Zomburbia. This leaves players joining a world that is split between the plant owned suburbs and the zombie suburbs with a battleground smack bang in the middle where your fights will take place. 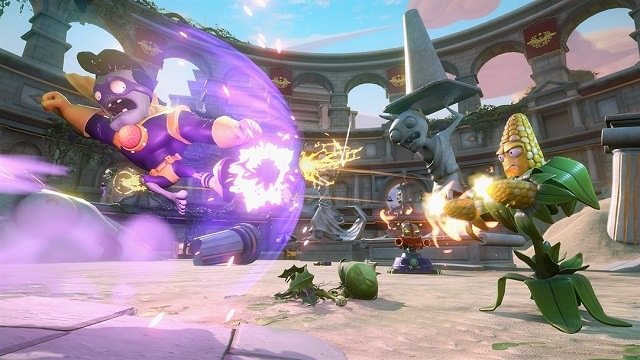 This refreshed focus on an actual location creates the much needed backdrop for the single player portion of the game where you’ll go out on missions all in the name of victory in the war and is a welcomed addition to the solely multiplayer focused original. As the game ages this single player campaign component will be vital to giving players sufficient game content as the community slowly moves onto newer multiplayer adventures.

Multiplayer is of course still the shining sunflower of the Plants vs. Zombies: Garden Warfare 2 experience and where you’ll be spending most of your time depending on your purchase date. Unlocked straight after the quick game introduction there is nothing stopping players from skipping the single player quests altogether if so desired. Nearly all the modes from the original game are there with new modes that allow for a reversal of roles (that see plants attack and zombies defend). 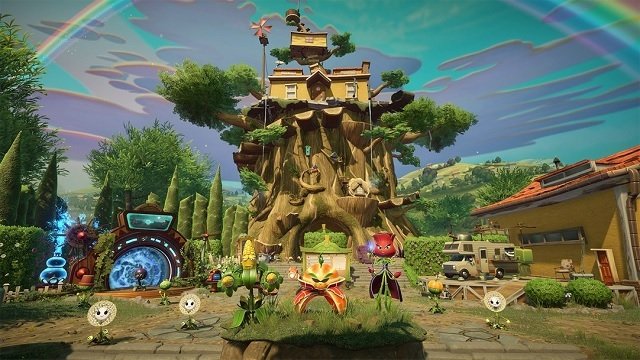 An area of particular attention is the number of cooperative game modes which have been expanded with Graveyard Ops a variant of the original Garden Opts that lets players command zombies in defence against waves of flowers. For those unfamiliar  with the original you’ll find the remainder of games modes in line with other shooting titles such as team death match, king of the hill, capture and defend.

Within these you’ll be able to take one of the 14 different characters into battle (7 for each side) which come with their own playstyle and abilities. Mixing these with your team and considering counters to the enemy team plays an important role as one would expect from a class based shooter. 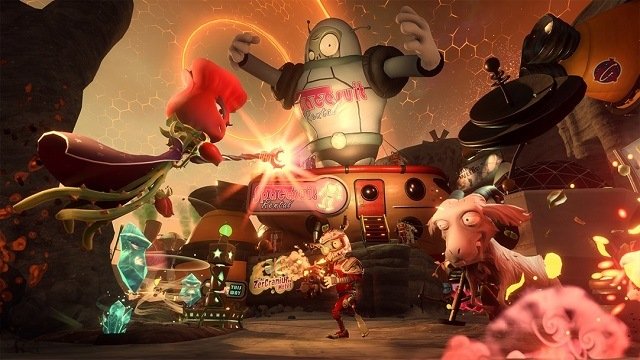 While at first glance 7 base characters for each side might seem a bit low there are in fact over 100 different variants available for unlocking which alter the character skills, weapons and strategy in various ways, although unfortunately are levelled up separately. For example the plant peashooter can become a fire pea, ice pea, toxic pea, commando pea, agent pea, law pea or plasma pea. While the common foot soldier zombie can become a super commando, arctic trooper, general supremo, tank commander, camo ranger, sky trooper or centurion. Multiplying this variety across all the available classes it’s easy to see there is no shortage of variation in matchups.

With everything on offer Plants vs. Zombies: Garden Warfare 2 makes great progress over the original game which looks like a minor experiment in comparison to the fully loaded adventure here and is thus worthy for a return to garden warfare or first time play.

Games Finder is a Steam Curator and featured in the aggregate review scores data of MobyGames and Neoseeker.
FEATURED ON
Games Like Overwatch, Games Like Team Fortress 2
LEAVE A REPLY Cancel Reply