Bringing some of your favourite characters together to battle against each other PlayStation All-Stars Battle Royale offers a Super Smash Bros like experience with a number of video game favourites. The game originally supported cross platform gameplay across PS Vita and the PS3 console although as of 2019 all online functionality has been retired limiting PlayStation All-Stars Battle Royale to local multiplayer or single player game modes. 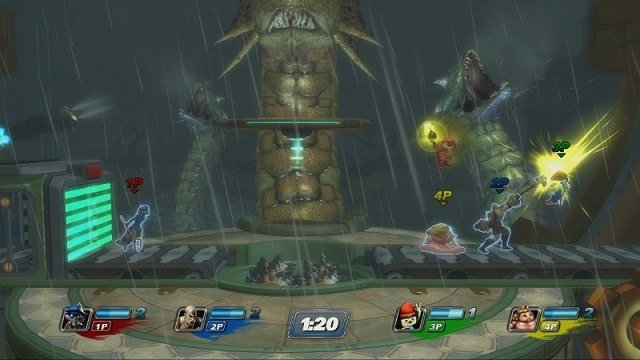 Using the traditional 4 player maximum formula per match players command one of 34 characters from Sony game properties and a few third party games. Your objective is to take the unique skills of these characters and knock out your opponent by building up AP orbs generated for attacks and randomly spawned around the game map.

With enough AP obtained players can call on their characters Super Moves which come in three tiers with associated costs to accumulated AP. AP can also be drained by certain throwing moves which creates a battle around the AP meter resource as you try to earn more than your opponent and tactically utilise your moves. Notable names include the Big Daddy from BioShock, Dante from Devil May Cry, Kratos from God of War and Nathan Drake from Uncharted amongst many others. 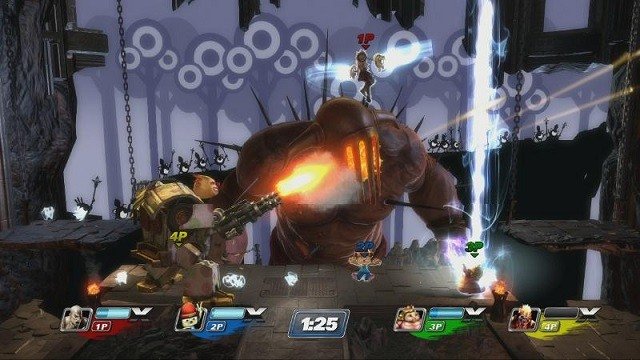 These skirmishes can take place on any of the dozen or so arenas with environmental elements that can be interacted with and even drain AP if used strategically. This 2D plane arenas draw inspiration from the games of the character list although often combine two games together to create some unique aesthetic levels such as the Dreamscape level that combines LittleBigPlanet with the quiz game Buzz! Like the popular Super Smash Bros franchise each level has a wealth of spawnable themed items along with a transforming stage to introduce additional AP draining hazards.

Given the lack of multiplayer servers since early 2019 PlayStation All-Stars Battle Royale now relies solely on its arcade mode which serves as single player campaign of random battles, rival battles and the final end game boss of Polygon Man (the former PlayStation mascot).  Local multiplayer is still available though allowing for head to head matches with various settings around time limit, stock and kills available to tweak an ideal multiplayer experience. Additional play with a particular character also unlocks cosmetic bonuses such as costumes, animations and icons. 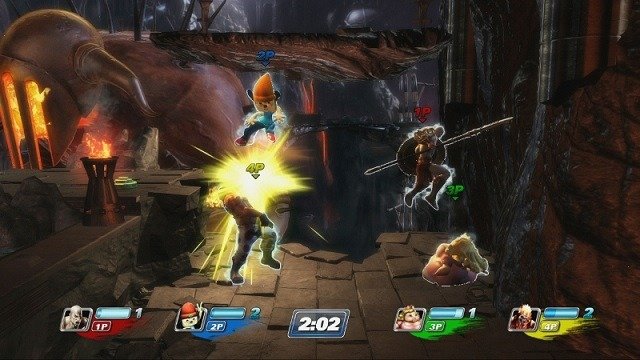 While not on the same level as Nintendo’s popular brawler and now having a glaring hole in multiplayer due to server shutdown PlayStation All-Stars Battle Royale still offers a reasonable albeit light on content experience.