Plunder Pirates has gamers building up their own massive island base to defend against attacks while also exploring the surrounding waters for treasure and monsters. Available on iOS and Android Plunder Pirates brings familiar formula to the ocean and beyond with a title that sails the mobile strategy genre into some interesting territory. 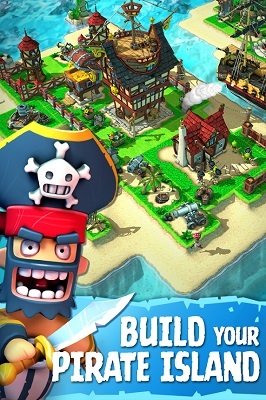 The core of Plunder Pirates is where the familiar elements begin with players building up their own island base while they train pirates and fend off attacks from other players who seek to steal their resources of gold and grog. Keeping these stores low at all times and putting them to productive uses such as defences or buildings is ideal as it not only makes you harder to raid but also means you have less to lose.

The usual array of buildings are available in Plunder Pirates which includes defensive cannons and mortars amongst all sorts of traps which are equally deadly. Non defensive options are more limited and are generally a ticking of the box exercise with buildings to store resources, generate them and unlock particular units. 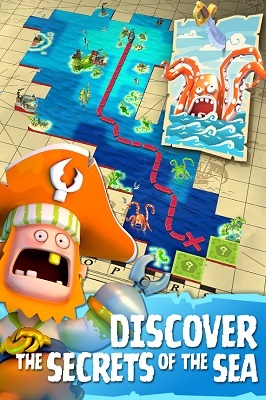 Where Plunder Pirates excels is in the exploration element of the game that lets players take their ship of pirates out into the open sea to explore the surrounding area. From this exploration players can encounter treasure, monsters and NPC locations all of which assist in improving your overall power. Raiding these NPC locations (or other players) relies on placing your units in the ocean where they will sail to the borders of your enemies land before attacking the closest buildings.

All of this is presented in beautiful 3D environments with the added ability for players to rotate the camera angle as they see fit to get the full breadth of their island.