Pocket Legends is a free to play MMO available on your iOS and Android devices. If you want a quality MMO that you can play wherever you are that also manages to fit in a good amount of depth then Pocket Legends might just be your solution. 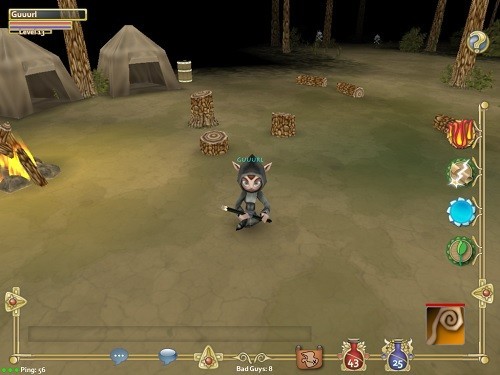 Players can start their Pocket legends adventure as one of three standard archetypes which includes a warrior, enchantress and an archer class. The classes might not sound overly exciting on paper but there is plenty of skill options and stat customisation available as you level up your character.

The game features dungeon crawling, side quests and open areas which makes it a mixture of MMO and single player RPG. The game lets you chat seamlessly with the thousands of other players online at any single time through the chat system, attempt dungeons together in a co-operative environment or trade items.

Individual dungeons can be tackled in groups of up to 5 players but there is nothing stopping players that wish to adventure alone. Each dungeon is a unique experience with different map layouts, environments and enemies to explore so it never gets dull.

Adventuring through these dungeons rewards players with the standard gold, loot (of varying rarities) and experience. As you gain in experience your character will grow stronger and be able to access higher level dungeons which house a number of bosses just waiting to be slain. 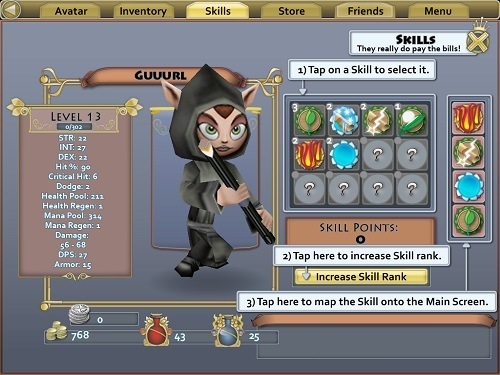 On top of the great PvE dungeon feature players can accept quests from the various NPCs which will have you exploring the game world of Arterra and learning more about its history. PvP is also available to players which can be either played in an arena style mode or the always popular capture the flag.

The mixture of MMO and single player action role playing games is very satisfying to fans of both genres. Pocket Legends can easily be considered one of the best for the iOS and Android platform.

Games Finder is a Steam Curator and featured in the aggregate review scores data of MobyGames and Neoseeker.
FEATURED ON
Games Like Diablo, Games Like RuneScape, Games Like Torchlight
LEAVE A REPLY Cancel Reply