The exciting world of Pokemon enters the real world with its mobile release of Pokemon GO, the much awaited game combines augmented reality with location based mechanics to encourage players to explore the real world in the hunt for their favourite Pokemon. 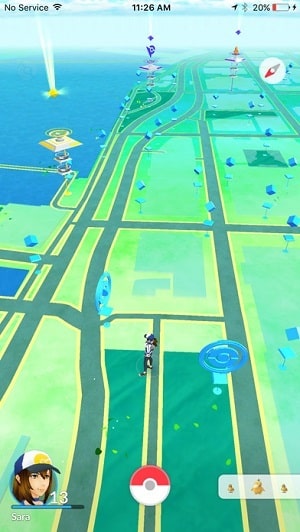 Pokemon GO offers basic character customisation after establishing an account, after which you’ll be transported into the real world at your current location with the three starter Pokemon of Bulbasaur, Charmander and Squirtle waiting to be selected and captured.

Capturing said Pokemon involves simply flicking Pokeballs similar to the popular paper toss games that once dominated the respective app stores. In traditional Pokemon style though wild Pokemon can flee from battle and also resist capture, although can be softened up with a Razz Berry that are obtained from PokeStops.

These PokeStops also provide other in game items such as potions, revives, PokeBalls and eggs which are similarly based on real world locations and can be collected every 5 minutes by walking past and spinning the PokeStop logo.

More popular areas will of course have more PokeStops available which does make playing in rural locations difficult. Busy central locations also house more gyms where players can hold down a location for their team (Instinct, Mystic or Valor) and earn the premium Pokecoins currency for doing so.

With this mechanic and the fair design behind most of the premium items paying players won’t see any advantage translate directly over to gym battles but do speed up the capture process with things to lure Pokemon to your location and improve experience yield. 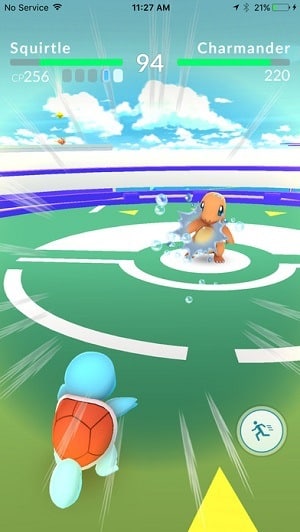 Other mechanics in Pokemon GO include area based spawning (water pokemon spawning close to water areas), evolutions and randomised combat power. Maybe you’re new to the Pokemon franchise or a long time fan, either are all well looked after though in this addicting social addition to one of the great video game franchises.

Games Finder is a Steam Curator and featured in the aggregate review scores data of MobyGames and Neoseeker.
FEATURED ON
Games Like Ingress
LEAVE A REPLY Cancel Reply