Pokemon TCG Online brings the popular card game into the desktop and mobile space, allowing you to play the addicting Pokemon themed card game across your devices with players across the world. Becoming your own Pokemon Master has never been easier with an accessible experience that thanks to the reach of the franchise has maintained a strong community since original release. 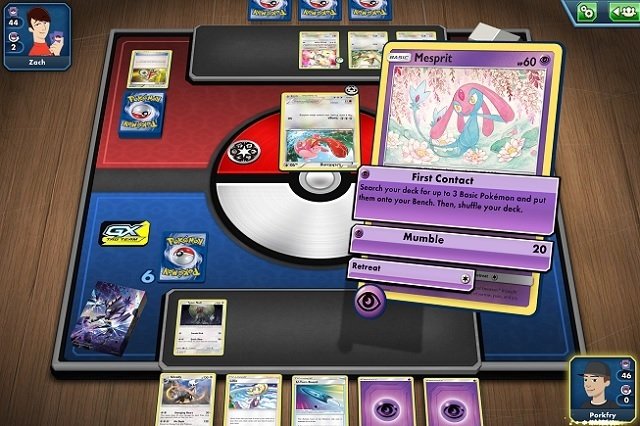 In terms of mechanics the game plays similar to the physical card game with players using Pokemon, energy cards and trainer cards in an attempt to knock out all your opponent’s Pokemon for victory by using the unique abilities of each card. Without the need to physically meet in person and the setup required this makes the experience more accessible than ever to fans.

Whether you’ve loved the Pokemon franchise from a young child, the other card orientated games in the genre or it is your first step into the Pokemon card universe you’ll pick up the mechanics quickly before taking them into battle against players and AI. To help you go from new trainer to master you’ll have a healthy dose of tutorials built in that can be tackled at your own pace to cater for the beginner, intermediate or advanced player. 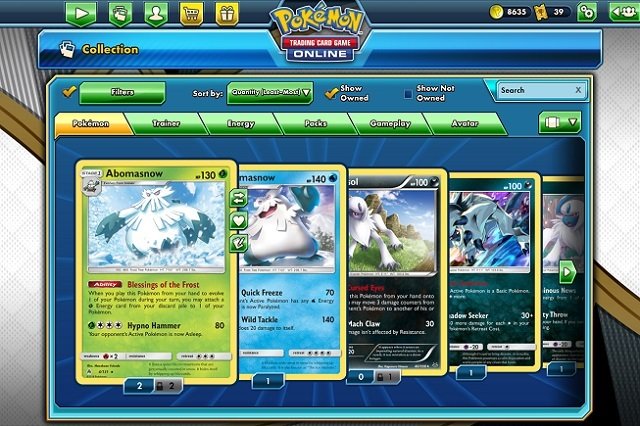 For those not familiar with this Pokemon spin off the card game revolves around 60 card decks carefully selected by the player which can include a mixture of basic Pokemon, Pokemon evolution, energy cards and trainer cards. At any time players may have a single active Pokemon in battle with up to 5 on the bench in reserve that can be switched out provided you meet the criteria to do so. In order to attack you’ll need to attach energy cards of the correct type with some attacks having additional effects or requiring a coin flip to determine success or failure.

Being a Pokemon title players also need to factor in resistances and weaknesses for Pokemon damage which is where an understanding of Pokemon will assist players. Meanwhile trainer cards can alter the battle through instant effects that let you impact on the play area, player hands or Pokemon with familiar characters and items from the franchise like Professor Oak, Full Heal and Trainer Bill. 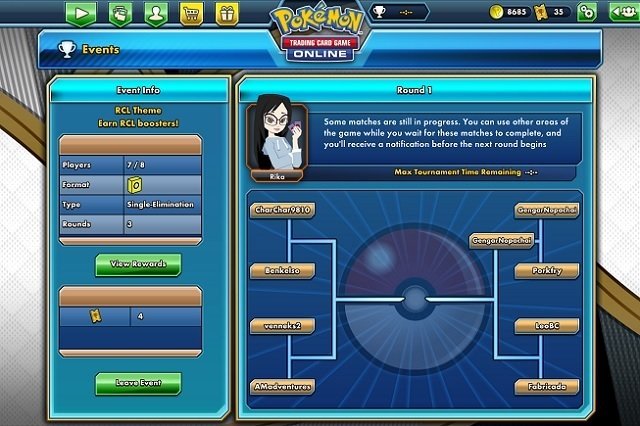 Mechanics aside Pokemon TCG Online gives you a single player campaign referred to as Trainer Challenge which takes players through a number of cups and battles with varying decks, providing a real challenge at the higher difficulties. Alternatively Versus Mode allows for practice and ranked variants with the occasional tournament event with entry fees but greater rewards (Trainer Tokens for card unlocks) for those that want a multiplayer competitive experience.

Pokemon TCG Online is without a doubt a great adaption from the physical card game into the virtual world and one fans have been waiting for an official release of. The high quality development behind the scenes in bringing this title to life and reasonably fair free to play presentation ensures it is a an ideal card game for both fans of Pokemon or the card game genre.

Games Finder is a Steam Curator and featured in the aggregate review scores data of MobyGames and Neoseeker.
FEATURED ON
Games Like Yugioh
LEAVE A REPLY Cancel Reply