Pokemon Vortex is an online game based in the Pokemon universe. The game has been online since 2008 and continues to grow in player size and features with regular updates. Pokemon Vortex lets you go online and explore the Pokemon world with others as you capture, battle, trade and chat with other trainers that you meet in the game. 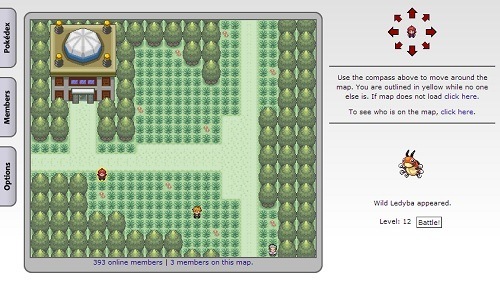 As of this review (version 1.8) real time battles against your friends isn’t possible but the feature is planned and shouldn’t be too far away which will round out this highly popular and enjoyable online Pokemon experience.

After creating your account you will choose from a variety of player avatars and get to select your starting Pokemon. These starting Pokemon span many of the Pokemon generations and include the three starter options and an additional early stage Pokemon which does help expand your options. The first generation Pokemon available are Bulbasaur, Charmander, Squirtle and Pidgey for example.

From here in Pokemon Vortex you will travel the game world as you attempt to capture Pokemon, train them up, battle gym leaders and the elite four (again from multiple generations). The game also has a number of its own events and side quests to add even more content.

Uniquely in Pokemon Vortex Pokemon appear randomly on all the game maps (although some are restricted to only appearing in caves, water or grassland). Once you’ve taken care of the gym leaders and elite trainers you will also be able to find legendary Pokemon out in the wild which will appear randomly across all maps. 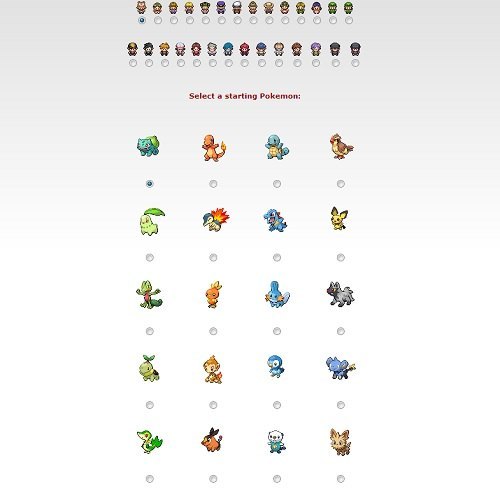 Pokemon can also have one of several attributes which change their base stats to a more powerful version. This includes shiny (increased health), mystic (chance to scare whenever attacking), ancient (more defence) and dark (extra damage).

Not only will you get to have a Pokemon experience that covers multiple generations you’ll also be able to compete on the top 100 trainer list which serves as a great end game option for hardcore Pokemon fans.