Poptropica is free online game designed for children and teenagers that offers a virtual world mixed with a number of role playing elements that encourage you to create your own adventure. Originally a browser exclusive title released in 2007 Poptropica has since released an iOS and Android app which offer the same gameplay and rebranded as Poptropica Worlds. 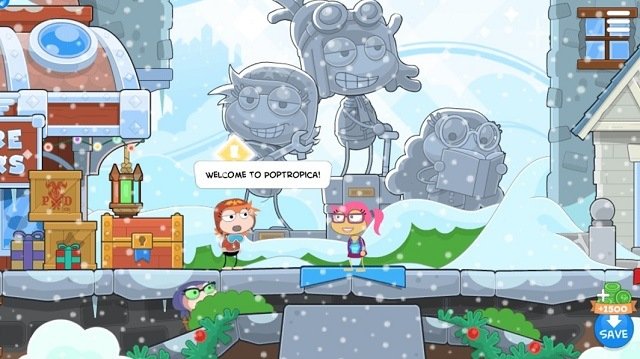 Poptropica has quickly grown since it went live to over 550 million user accounts with the majority falling between the 6-15 year age group attracted by the online accessibility and simple core mechanics which allow you to explore the vast world. Poptropica gameplay is focused around a number of different islands (over 30) where players can explore, complete quests, play games or communicate with other users and have their own NPCs waiting for your assistance.

Each of these islands has their own unique theme with popular islands including Shark Tooth Island, Super Power Island, Spy Island, Fairytale Island, Survival island and Astro-Knights Island which ties in closely to the story and games available. With the transition to a new game engine to counteract the retirement of Flash a number of these have been temporarily retired to be modernised although are expected to be brought back in time. Upon completing the main quest of each island players receive a special badge for their accomplishment along with some credits to spend in the store for further character customisation. 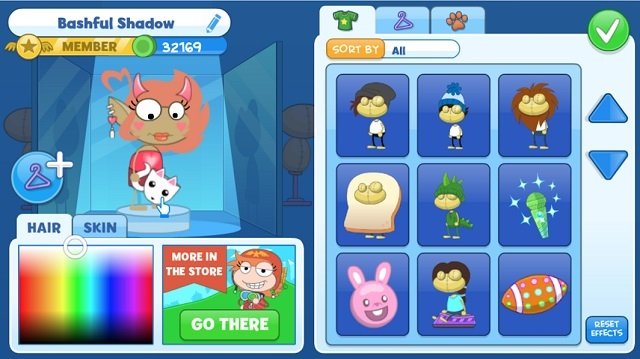 To give players some insights on what they can expect Fairytale Island sends players to familiar fairytale locations where all the happy endings have been stolen and require you to play the role of hero to restore these stories. This includes Red Riding Hood who now delivers pizzas through the forest to her grandma, Snow White who is missing her prince and Cinderella who needs to get to the ball. Meanwhile on the other side of the spectrum you’ve got survival island which is all about surviving the night in a harsh winter climate and sees you finding something to eat, repairing a broken radio and teaming up with a hunter that rescues you.

Just like in other virtual worlds such as the retired Club Penguin or Fantage that appealed to a similar audience players can customise their avatar after creating their free Poptropica account. Modifications available in Poptropica are fairly extensive and include facial features, hair style, skin colour, hair colour and much more. 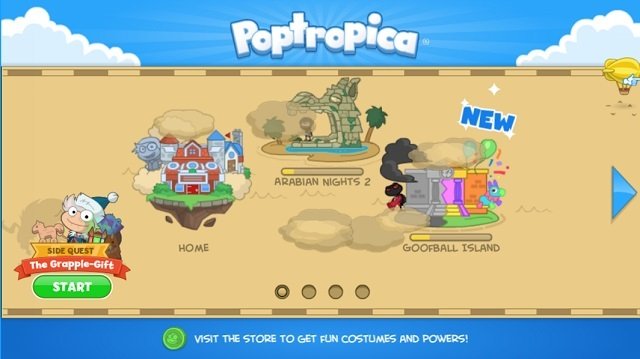 While these options are basic to start further customisation is possible through clothing that allows players to decorate themselves with hats, scarfs, ties, belts, dresses, jackets and other various accessories. Players can either access these items for free or purchase them through the store with their credits that they earn for completing island quests.

As far as safety is concerned Poptropica provides one of the safest online experiences given its intended audience. For one Poptropica has adopted a predetermined naming strategy for user names meaning players must create a name from a list of pre-defined phrases. This feature stops username abuse issues while also protecting children from entering their real name, a safety feature that has become increasing popular with other virtual worlds. Another core safety feature of the game is the chat which allows users to only selected from scripted phrases to prevent any inappropriate language and protect information which is similarly effective at keeping children safe.

This review was first published on July 18, 2014. Read our update policy to learn more.