Populous: The Beginning blends strategy and god games together to create an interesting and fun hybrid of the genres where players lead their tribe through an array of missions with their powers. The game serves as the third in the series and was developed by Bullfrog Productions who also developed the highly popular Dungeon Keeper series with features some similar themes and game mechanics. 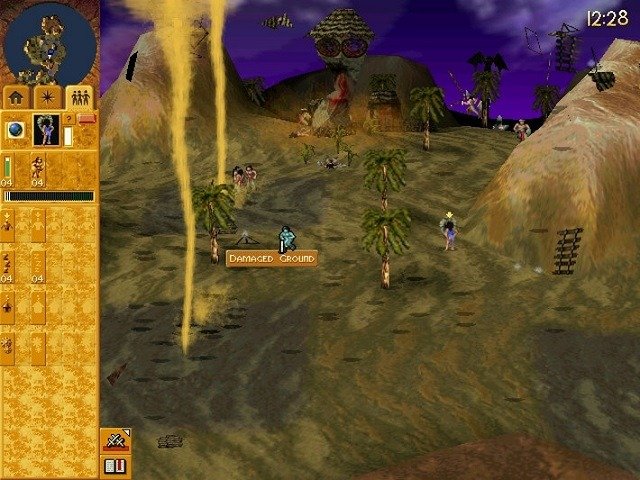 In Populous: The Beginning players will join their own tribe as a powerful shaman who wishes to achieve victory over rival tribes in the area and ultimately join the stars as a god herself. There are a total of four tribes in the game (red, green, yellow and blue) with the player controlling the blue tribe throughout the strategy adventure. This journey will take you across over two dozen missions each with their own challenges that require you to master the mechanics of the current and past levels in traditional strategy format.

Uniquely players won’t be adventuring across Earth but instead the galaxy, with each mission taking place on a new unnamed planet out there in the universe. While an interesting touch this setting shift allows each level of Populous: The Beginning to play out extremely differently with huge shifts in environments for players to encounter. It’s this diversity that has allowed Bullfrog to also experiment with mechanics on individual planets based on that planet and discard them for the next one to keep things fresh and prevent repetition. 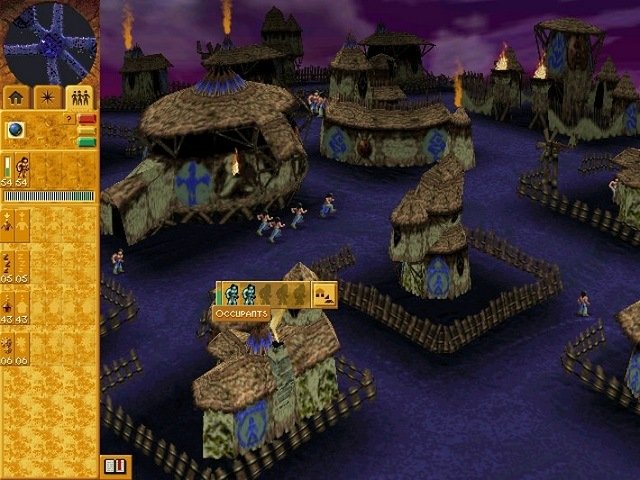 In Populous: The Beginning the core gameplay revolves around you instructing the followers of your tribe to acquire resources, create buildings or engage in the enemy. The game loop has a minimalistic approach to resource management with players only needing wood to create new structures and mana to train troops. This allows players to focus on their shaman instructions to the tribe and minimises the economic management in favour of macro strategy movements.

The result in Populous: The Beginning is a focus on designing your ideal mixture of troops given your intended strategy and planning their movements carefully to utilise their strengths. There are a large number of troops that you can lead into battle which all come from the core Brave unit which does all of your tribe base building. Braves can then be upgraded into powerful melee fighters, ranged attackers, preachers and even spies that are used in various ways. 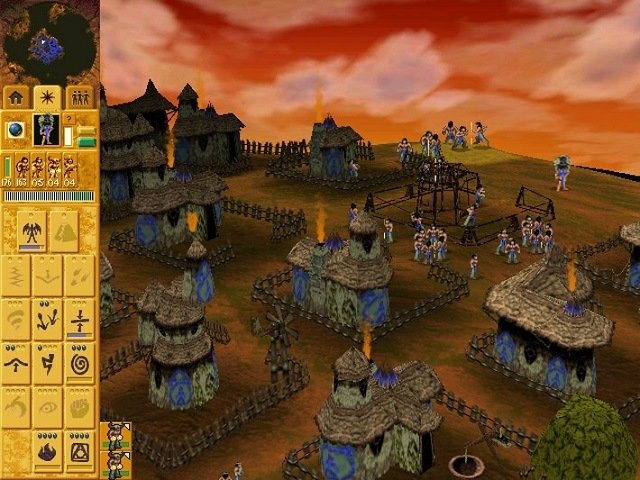 To ensure a successful mission players can join their tribe and use powerful spells to help them on the battlefield at the right moment. If you die in battle though and don’t have the means to resurrect yourself though the game is lost so this is not without risk.

Games Finder is a Steam Curator and featured in the aggregate review scores data of MobyGames and Neoseeker.
FEATURED ON
Games Like Banished, Games Like Black and White, Games Like Dungeon Keeper, Games Like Dwarf Fortress, Games Like Tropico
LEAVE A REPLY Cancel Reply