Prime World seeks to offer an extremely unique MOBA experience by building it’s core gameplay around high customisation of characters in the hopes of providing unmatched variety in the MOBA genre from a smaller but more versatile group of controllable heroes. While Prime World exceeds for the most part in creating a unique title and delivering on this goal it’s not without associated cons to the learning curve.

The heart of Prime World stays close to the familiar MOBA style gameplay otherwise and follows the battle of two nations (Dokht Imperium and Keepers of Adornia) who wish to control the Prime which is a source of energy. Like many other titles in the genre though this story simply provides the framework for the MOBA gameplay and helps establish it’s heroes as powerful fighters on both sides in the PvP/PvE blend of combat the genre is known for. This does mean that the 50 odd heroes are locked to each nation but generally have comparable counterparts. 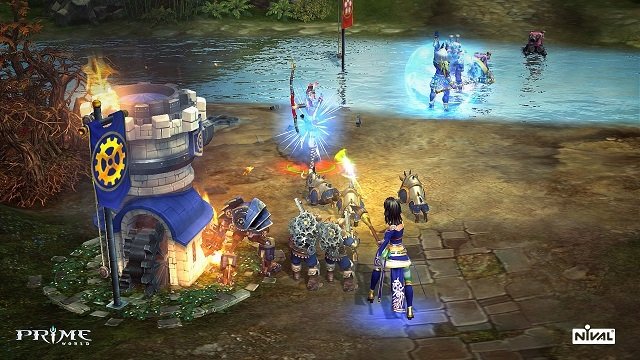 While the standard 5v5 3 lane match up is the standard Prime World experience and the most popular Prime World also features a host of other unique variants including a 5v5 zombie apocalypse where slain minions and heroes have a chance to become a walking undead who fights for your team. Other creative modes include Native Land that provides massive boosts to your heroes when fighting on your team’s claimed land, a wave based survival challenge with an epic boss battle at the conclusion. For new players a bot filled practice mode provides an adequate training ground to kick off your Prime World experience.

Throughout all of these modes you’ll be developing your hero character which is two pronged in this growth happening both in battles and outside of them in your castle which adopts a distinctly different set and forget resource/time based system that one would not expect to see within a MOBA experience. 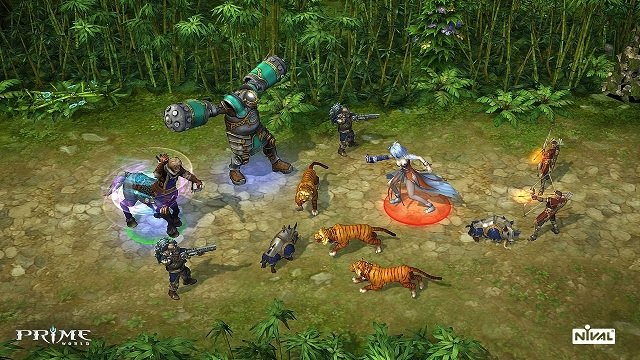 Players are required to build housing and resource gathering buildings (such as farms) to gather resources which are eventually turned into Prime crystals which unlock additional talents for players to use on their heroes. Talents can also be unlocked after winning games and completing certain goals like winning a certain number of games but most will come from the castle side of the game and provides an interesting side attraction to the stable MOBA design especially given the linkages between the two game facets.

This talent system is a customisation haven with talents that are a mixture of active and passive abilities. All of these are designed to build on the abilities that your hero has by default which ensures they area a capable fighter without significant talent investment. 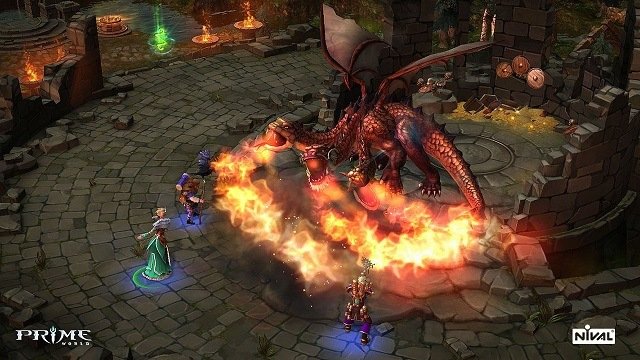 For example you might take one of favourite durable characters and push him further down the tanky spectrum of archetype at the cost of damage by manipulating their available talents. This system lets you create characters that play according to your preferred playstyle and means that another player can play the same hero in a completely different way from the same foundation.

Actually activating these talents within a match revolves around the Prime energy system which functions much like gold in other MOBAs and can be obtained by killing neutral monsters, AI soldiers or other heroes. A unique addition though is a mini game that can also be played to generate a healthy amount of Prime for your team.