Prince of Persia: The Forgotten Sands continues the story of the previous games with another great addition to the series. The game was developed for Windows, PlayStation 3 and Xbox 360 with exclusive games on other platforms. 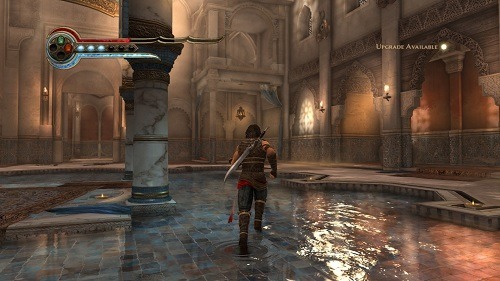 The game fits into the Prince of Persia storyline after The Sands of Time but before The Two Thrones so it definitely helps if you’ve had previous exposure to the series before jumping into the game. However, because the gap between these games amounts to seven years the games storylines are only loosely tied together.

Players will join the story as the Prince on his way to visit his brother Malik to learn about what it takes to rule a kingdom. Upon arriving at the kingdom though he finds his brother is under attack, in order to save the kingdom and as a final resort they release Solomon’s Army which turns everything into sand.

Malik is then corrupted by the army and seeks to use its power for future conquest while you know that it must be sealed away. You’ll have to chase down your brother and reunite your pieces of the magical seal that released the army in the first place.

Gameplay in Prince of Persia: The Forgotten Sands is a mixed bag of unique platforming and hack and slash style combat. As you advance through the story you’ll gain access to new and varied powers that can help you in combat or must be used in the platform sequences. 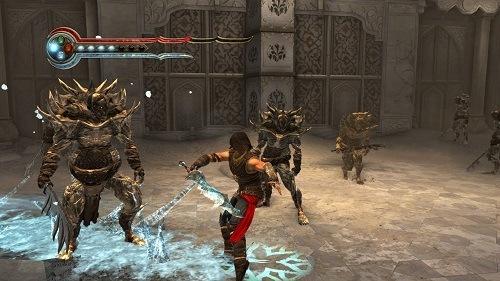 Combat powers include area of effect spells, leaving fire in your wake and many other interesting concepts. While platform powers include turning water into ice and bringing old ruins back to life to create new platforms. Later platform moments quickly ramp up the difficultly as you’ll have to use multiple abilities together.

Failure isn’t too harsh in The Forgotten Sands thanks to your ability to reverse time upon death. Players only have a limited number available during each level though, making the game both challenging and fair.

Games Finder is a Steam Curator and featured in the aggregate review scores data of MobyGames and Neoseeker.
FEATURED ON
Games Like Assassin's Creed, Games Like Darksiders, Games Like God of War, Games Like Tomb Raider, Games Like Uncharted
LEAVE A REPLY Cancel Reply

Prince of Persia: The Forgotten Sands