Princess Debut is an otome game that incorporates aspects of rhythm games into its gameplay. The game was developed by Cave and is only available on the Nintendo DS. Princess Debut was originally released in Japan with an international release the following year. 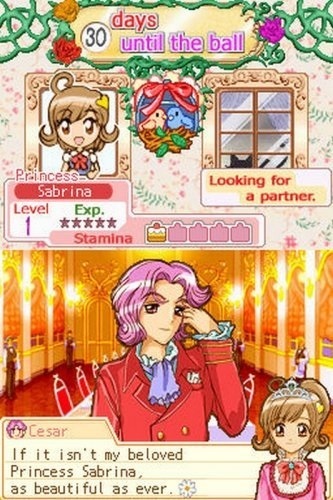 Princess Debut starts with the character talking to their close friend and wishing to be whisked away by a dreamy prince. In a ‘careful what you wish for’ type scenario the player returns home and is contacted by themselves from an alternate world in which they are in fact a princess. Your alternate self doesn’t have the necessary dancing talent for the big ball coming up you decide to swap places.

After stepping through a portal into the magical world players are given 30 days to perfect their dance moves and ultimately romance one of the six princes to take them to the ball.

The dancing available in Princess Debut really enhances the gameplay and doesn’t take away from the romantic storyline but rather enhances it. All the dances that players learn are based on professional dancers so all movement is fluent and very life like. 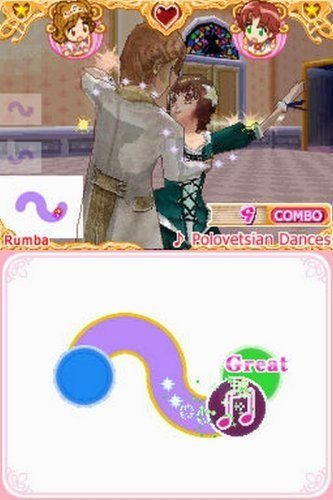 Princess Debut offers 4 game modes, 20 outfits, 14 unique endings and 18 different styles of music which means the game is simply packed full of content to explore and has great replay value as you attempt to achieve every last unique ending.

Gameplay is simple but also engaging and addicting at the same time, making the game very accessible to any audience. Play Princess Debut now and you’ll get to live out your princess dream in a magical universe.

This review was first published on April 23, 2013. Read our update policy to learn more.

Games Finder is a Steam Curator and featured in the aggregate review scores data of MobyGames and Neoseeker.
FEATURED ON
Games Like My Candy Love
LEAVE A REPLY Cancel Reply