Maximum security prisons aren’t a common theme for a video game but one that Prison Architect explores in detail with its takes on the management simulation genre as players control a private construction business. With a campaign of several levels that also serve as your tutorial players the majority of gameplay takes place in sandbox setting of prison management. 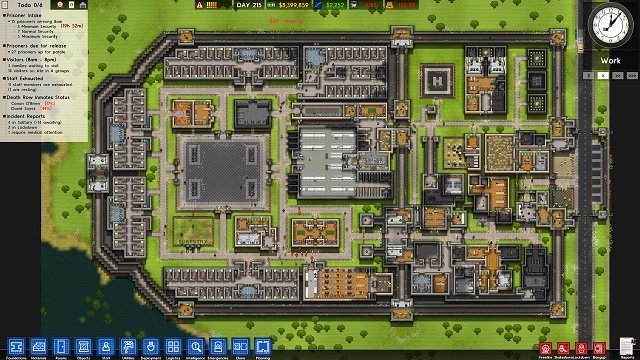 Prison Architect takes place in a top-down 2D environment and clearly draws from a number of classics in the tycoon genre with familiar designs of mechanics that veterans will recognise. Every element of the prison is in your hands and is deceptively difficult as Prison Architect is much more than a game where you can just throw up some cells and expect to succeed. It’s this journey from beginner to master prison designer that provides hours of entertainment and challenge alongside the spin off warden and escape modes that let you set foot into a prison with different objectives.

The core mode is the sandbox mode where you’ll choose the gender of your prison, your warden that has their own perks, guard dog, map size and various settings that add, remove or modify various mechanics to set your own challenge. This options include the likes of fog of war, failure conditions, gangs, random events and prisoners hatching escape plans. Failure conditions in particular give some insight into the challenges of running a prison with riots, bankruptcy, deaths (warden and prisoner) and escapes being the primary things you’ll have to keep an eye on with each ultimately requiring a highly efficient functioning prison system. 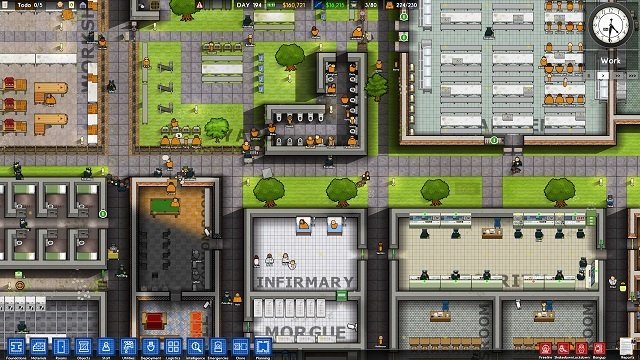 The foundation of each of these prison systems are the buildings such as offices for your staff, utilities and countless amenities. Building all of these potential rooms starts with mapping out the walls before you mark the area with one of the game building tags. These tags include the likes of office, canteen, shower or holding cell which then allows the specific necessary objectives to be placed. Offices as a basic example require a chair and to be linked up the electricity to be operational. Staff are also a must have to occupy these rooms or perform other functions such as accountants, guards and cooks.

Depending on the setting players will generally start with an initial sum of funds, workmen an supplies which requires you to slowly build up your prison walls. Further funds are earned by taking on government grants that require you to achieve specific objectives or general prison management income and offset by your growing expenses. Ultimately your goal is manage the prison efficiently from both a prisoner and financial perspective which requires a fine balance. 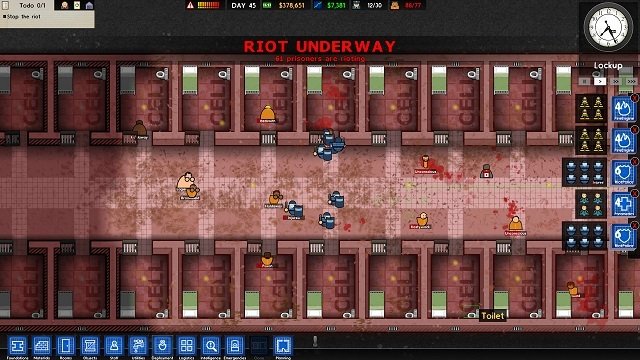 Maybe it means creating an efficient money printing prison where you opt for high security clients to bring in the most cash or maybe your focus is to reform prisoners at the cost of your profit margin but for the good of society. Whichever approach you take you’ll have to consider just how devious your prisoners are, guaranteeing no shortage of issues that need your attention with each passing minute and requires your prison to adapt.