Psychonauts is a unique and beautifully presented game that follows the adventures of Raz, a boy who has powerful psychic abilities and explores dream like worlds. Despite a lack of initial success on release the game has acquired a cult like following and has since expanded well beyond its initial release platforms with modern versions of the Psychonauts adventure and an eventual sequel. 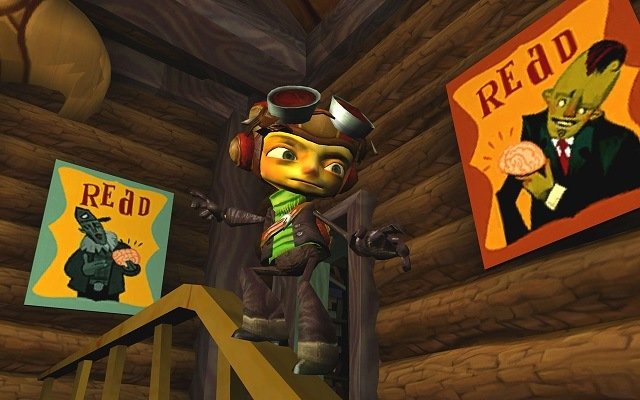 Pyschonauts takes place in a fictional summer camp that acts as a secret training ground for the US government known as the Whispering Rock Psychic Summer Camp. This training facility is designed to help children with psychic abilities develop their powers and ultimately become Psychonauts that are soldiers with psychic abilities. The success of the camp is closely tied to a meteorite that landed in the area which contained the strange psitanium element. With the elements ability to manifest or enhance psychic powers that already exist the camp is a hotspot for psychic powers which have also appeared in the surrounding wildlife as a result.

With a darker history of an asylum located on the land the plot of Psychonauts goes deeper as you progress the story to uncover these  secrets and uncover a sinister plot involving the psychic gifted, the children at the camp and the government. Playing as Razputin Aquato (Raz) who is a former circus performer players meet other Pyschonauts including the four that run the camp which are central to the underlying plot. After passing the basic training course Raz is accepted into the fold to explore the level of his abilities while uncovering the darker plot of the camps purpose. With his naturally ability of telepathy, mind reading and impressive psychic defences Raz is the only hero capable of completing the task ahead. 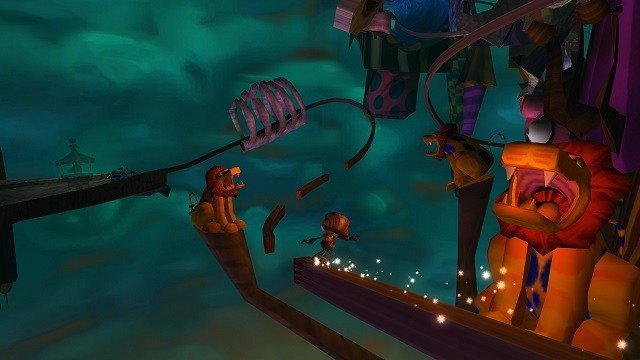 Gameplay in Psychonauts is primarily a platform orientated experience with an emphasis on the story, character development and humour throughout your progression. Between the individual levels of the Whispering Rock Psychic Summer Camp players can explore the overworld location where players can purchase items, talk to others and start their next challenging levels. The levels themselves in Psychonauts primarily take place within people’s minds that you’ll encounter during the story with each being themed based on the person to provide plenty of variety.

Each of these levels draws on the experiences and memories of the person’s mind that the level is within which results in mental locations that include the likes of a shooting gallery, circus, dance party and theatre that each have their own challenges. A familiar theme across these mind based levels though is the collection of figments of imagination and emotional baggage which allow you to progress your own power to fight off recurring censor enemies and in time fight the boss of that area. 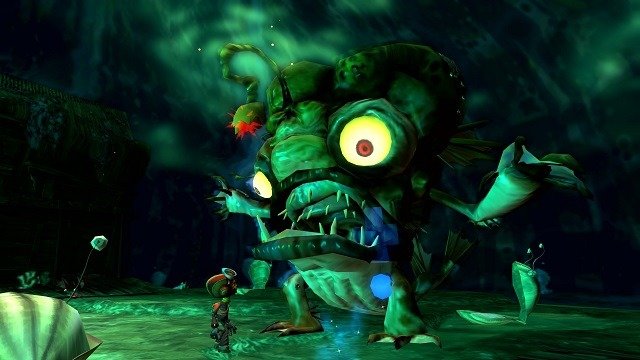 While Raz starts with basic abilities like a double jump and a PSI-Punch attack he gains powers of confusion grenades, invisibility, levitation, a shield and powerful psychic blast that helps you conquer the increasing difficulty of the game levels. Improving your ability in both combat and puzzle solving players are rewarded for acquiring collectibles throughout their adventure with these psychic themed powered. With the natural progression of using new abilities to overcome specific portions of levels Pyschonauts feels similar to a Zelda adventure.

Games Finder is a Steam Curator and featured in the aggregate review scores data of MobyGames and Neoseeker.
FEATURED ON
Games Like Kingdom Hearts, Games Like Mario, Games Like Zelda
LEAVE A REPLY Cancel Reply