PulzAR was an early adopter of augmented reality, bringing a missile defence game to the PS Vita in 2012 making it years ahead of the competition in the AR gaming market. Relying on the use of AR Play Cards this title has players attempting to divert a laser beam to power a missile launch and destroy the incoming asteroid attack in the process by utilising the augmented reality capabilities of the PS Vita. 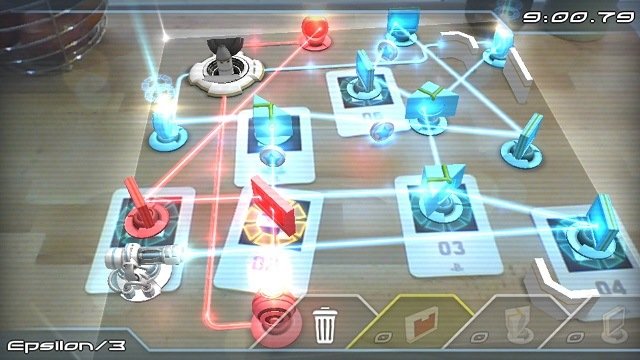 PulzAR starts up after a number of unsuccessful attempts at diverting a large number of asteroids away from Earth has failed leaving it ravaged by the space born objects. As a last stand and last hope to prevent further damage players will have to use a network of missile silos to launch attacks at each individual asteroid as it comes into range of the Earth. Due to their proximity and limited technology to detect them you’ll only have a few minutes between first alert and catastrophic impact.

Activating these missile launches is where the augmented reality elements of the game come into play with players having to guide a precision laser around various obstacles in order to trigger a successful launch. In order to do so players will have to place a number of AR Play Cards underneath their PS Vita which will then generate the game on your handheld console device. These cards can be downloaded separately for free and printed at a reasonable quality. 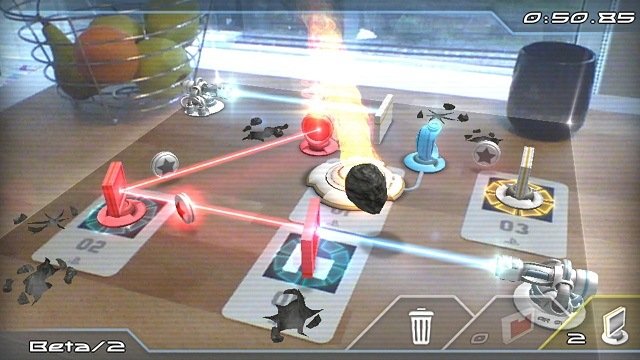 The first such card will be the arena card which serves as the anchor for that game level. From this players can place down other cards which will spawn either a mirror, splitter or colour changer which all need to be combined effectively to create a solution on each level based on the objective. While you need a reasonably large flat surface to fully achieve this your standard dining room table is more than sufficient or more commonly a floor area due to the angle required to hold your PS Vita device.

For the most part these mechanics change only a little throughout the game levels (although additional complexity is added as you advance further) and requires players to direct a laser beam to the launch site power source. Mirrors are the primary tool in this which can be positioned on the game area and then rotated to reflect the laser beam in any direction. 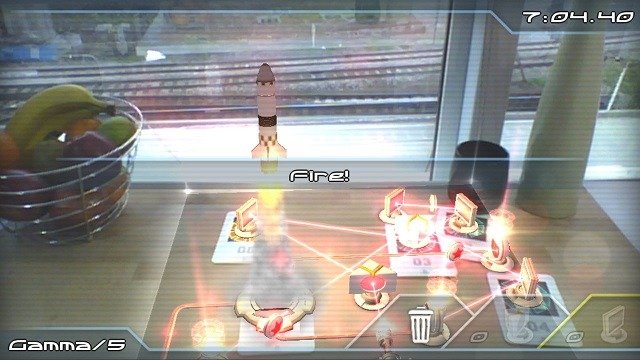 In total players have 5 stages to master that each have their own 5 challenging setups for a total of 25 individual levels. Each level also has stars to collect for an additional requirement for those that want to achieve a perfect record along with a scoring system to easily compare against others for the competitively minded.

Ultimately PulzAR is a neat little augmented game title which will entertain you for an afternoon and is a fun experiment in what is possible with this growing technology. The use of printed cards also makes it accessible as an in person co-operative AR experience.