Expanding on the usually casual puzzle matching genre Puzzle & Dragons looks to add in a touch of action into the mix while also leveraging some light RPG elements. Available for free on multiple platforms Puzzle & Dragons has scored millions of downloads thanks to its central match three gameplay, thousands of monsters to collect and multiplayer mode which go above and beyond the majority of titles in this puzzle genre. 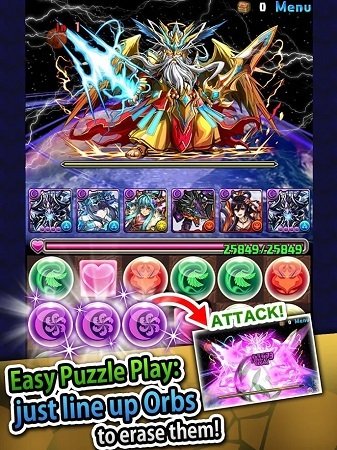 Puzzle & Dragons begin its app journey in the East in early 2012 before the successful game was ported over to English speaking countries in the West and subsequently opened the flood gates for a range of similar games to hit the respective Apple and Android stores. While these origins do mean the game has a skew towards pay to win mechanics which are more accepted in the East Puzzle & Dragons still offers the ability to advance for free although you’ll be paying with a significant time investment instead.

Played as a split screen experience Puzzle & Dragons splits your phone into two with the top half of your device being taken over by a team of monsters with the bottom half of your screen dedicated to puzzle matching gameplay. While originally an issue on older and smaller devices for some the increased screen real estate of modern day phones ensures you’ll be able to effectively match puzzle gems. 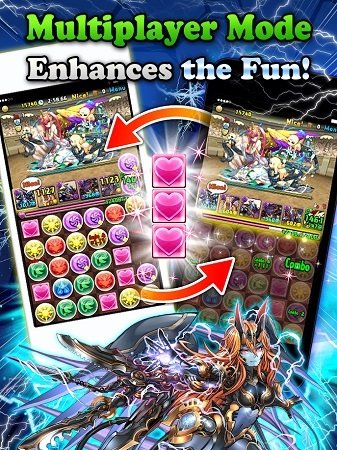 In order to fight these monsters players will choose their own team of uniquely diverse monsters which starts with your selection of a water (Plessie), fire (Tyrra) or wood (Branchy) dragon which serves as your starting monster companion for battles. Eventually players will slowly complete their collection of over 2,000 diverse monsters and create a team of your favourite 5 in the process. While players are generally guided towards a balanced team of the 5 elements (water, fire, wood, dark and light) players can tilt their team towards specific strengths to overcome the single player campaign which is dungeon stage based. Each of these dungeons ends with a fairly difficult boss monster to give you a sense of accomplishment when overcome but can sometimes feel like a soft paywall or luckwall to overcome even if your team is at the same level.

Battles themselves leverage the match three puzzle gameplay with matched coloured orbs responsible for your monsters attacking enemies on the field of battle. However, players who don’t have a monster aligned to each element will have to be a little more tactical as monsters only attack when you match their corresponding element. For example matching three fire orbs will allow all fire based monsters in your party to attack which can be devastating in a full fire team but means you’ll have many turns without any damage being dealt. In addition to this each monsters possesses their own abilities that interact with the matching game board in various ways and provide additional depth. 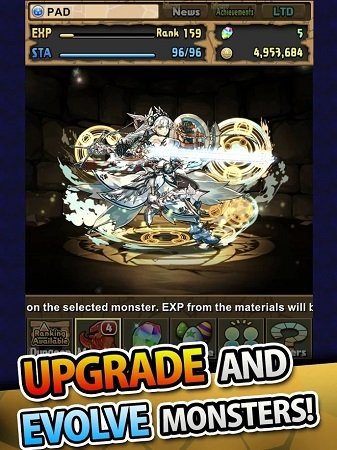 Outside of combat these strategy components don’t slow down either with earned currency from victories allowing you to re-invest in their team through evolution and upgrading to boost raw stats or alter your monster down one of multiple evolution paths that alter their abilities and provides the bulk of the gameplay loop.

Rounding out this action packed match three game with multiplayer dungeons, constant events and ranking systems Puzzle & Dragons no doubt continues to be a leader within a genre that it helped popularise.

Games Finder is a Steam Curator and featured in the aggregate review scores data of MobyGames and Neoseeker.
FEATURED ON
Games Like Battle Camp, Games Like Brave Frontier, Games Like Puzzle Quest, Games Like Summoners War
LEAVE A REPLY Cancel Reply