Based around the idea of time travel and control of time, Quantum Break employs a unique story telling landscape aiming to combine a TV like show design with a video game experience. The result is a dramatic science fiction story filled with action and adventure while players command Jack Joyce through an array of gunfights and story plot points in third person view. 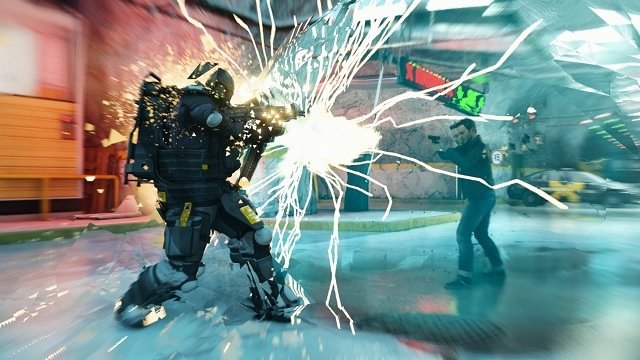 In addition Jack Joyce grants players the ability to manipulate time right from the start of your adventure after a failed experiment with a time machine covers him and Paul in chronon radiation and thus imbuing the power of time onto Jack. Subsequent to the event Jack is at ends with his former friend Paul Serene about how to handle the impeding end of time itself which requires players to fight an uphill struggle across the various story acts. A recurring obstacle as part of this is Paul’s stronger time abilities due to the higher dose of radiation he received which allows him to see into the future, an ability Jack does not possess. 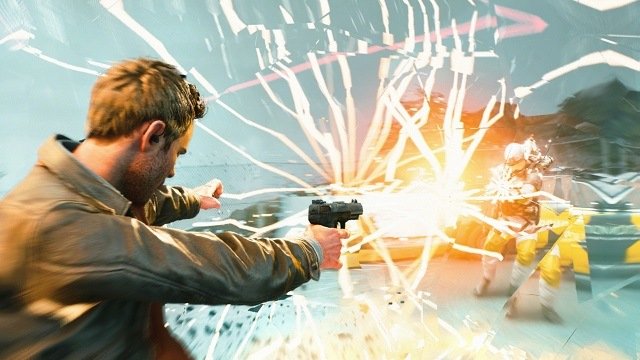 With the rules of time travel established players are set free into the 5 distinct game acts of Quantum Break which conclude with a 20 minute long cutscene television style episode. This sequence though is not a static 20 minutes though with some slight alterations to content based on the decisions made during the more traditional video game portion of Quantum Break. That being said they are fairly subtle and by themselves are not a reason to replay the Quantum Break adventure.

In regards to other gameplay Quantum Break is your traditional third person active adventure title with Jack commanding a range of firearms (pistols, shotguns and assault rifles) which when combined with devastating time powers make it easy for him to dispatch enemies. Said time based powers are unlocked throughout the story albeit a little weighted to the early game which while enjoyable for the first half does mean that the later part of Quantum Break falls out of pace without regular new time based abilities to play with. 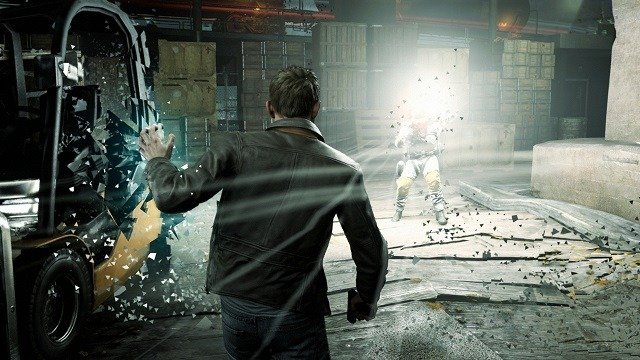 These powers include the ability to freeze time, dash quickly, blast enemies with time and raise a shield on fairly reasonable cooldowns which when combined with the typically third person view cover mechanics allow players to duck into and out of gun firefights. Other mechanics of Quantum Break include puzzle segments that use the environment (and time powers), collectible items, non combat time powers and some light RPG mechanics to upgrade your powers with experience points.

When it all comes together Quantum Break is notably for taking some interesting steps to combine a television series with traditional gaming and is accordingly is a worthy addition to the third person action adventure genre.

Games Finder is a Steam Curator and featured in the aggregate review scores data of MobyGames and Neoseeker.
FEATURED ON
Games Like Heavy Rain, Games Like Life is Strange, Games Like Max Payne, Games Like Uncharted, Games Like Until Dawn
LEAVE A REPLY Cancel Reply