Travel back in time as you build up your own thriving settlement, repair your time machine and conquer the savage armies that oppose you. Rage War takes the browser based MMORTS into a fun and unique direction with plenty of content to explore across periods of time rather than limiting itself to a single era in time. 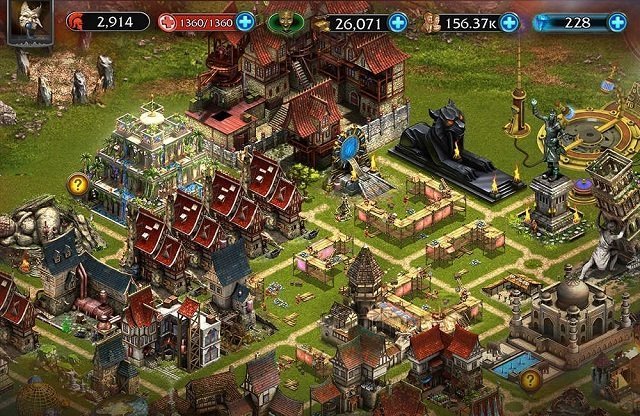 Starting your adventure in an air ship after a time travel disaster players claim an abandoned settlement for themselves while they hunt down pieces to the time machine to bring it back into working order with the ultimate goal to return to their correct time period. Available to play in your browser (or client for PC/Mac) Rage War supports cross platform play across iOS and Android as well to ensure you can keep tabs on your settlement wherever you go. For the gamer that likes to play across multiple devices this makes Rage War an attractive proposition as it’s still an uncommon feature.

The foundation of your settlement like any civilisation game is your workers which also serve as the primary game currency and can be generated through housing structures and are spent for a range of tasks (most notably particular buildings). Alongside workers is your wealth which is generated and spent in a similar manner but focuses more towards upgrades to boost efficiency. All of these structures evolve slowly over time as players go from the stone age to the bronze age and beyond and feels reminiscent of Age of Empires and Empire Earth franchises albeit with less depth given the mobile environment. 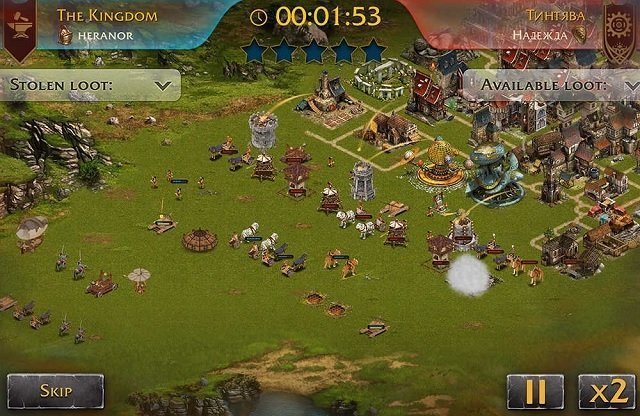 Other key mechanics to consider in Rage War include culture which is required to build production and military buildings and is generated by constructing culture specific buildings and connecting your buildings via roads which also provides a boost to efficiency. These small touches make city planning vital to Rage War and prevents you from just spamming buildings in a meaningless way as careful players will have the economic advantage. For the obsessive compulsive player that does this anyway when they play such strategy mobile games the added benefit for doing so is a fantastic inclusion by Rage War.

The single player campaign portion splits itself over 7 different islands (each with a time machine piece that must be claimed) which players conquer with their recruited and upgraded army. Avoiding automatic battles Rage War lets players place their troops strategically on the battlefield to overcome enemy defences and minimise losses which allow a diligent player to again have a more efficient experience than one that opts to spam units without forethought. Raiding of other players works in a similar manner as does defending against others, ensuring players need to consider defensive structures in their civilisation layout. 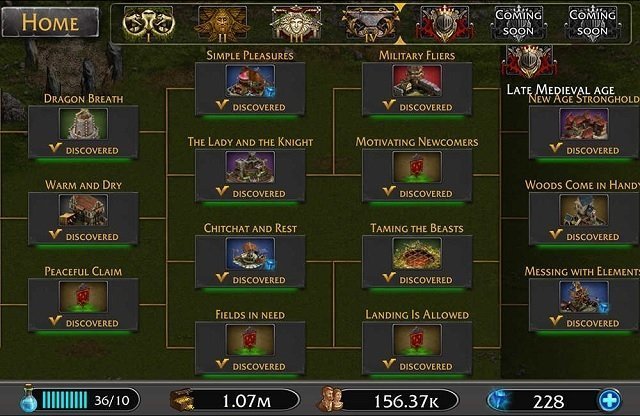 With the expansive single player campaign though it’s not overly difficult for players to skip initiating the competitive PvP entirely should they wish to do so (although you’ll still be at the mercy of being attacked). For diligent players that favour a mobile strategy game that rewards careful planning and enjoy PvE Rage War is an ideal option to play over an extended period of time.