Rage is a first person shooter that has many similarities to both the Fallout and Borderlands franchises with a post-apocalyptic setting that sees a number of towns needing your assistance as you drive across the wasteland environments completing quests and upgrading your arsenal of equipment. 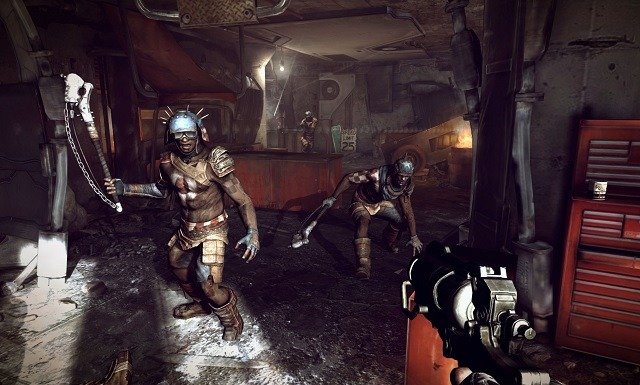 Set in a future where an asteroid known as 99942 Apophis collided with the Earth in the year 2029 human civilisation has been reduced to rubble with a wasteland environment and scattered survivors all that is left. Scrambling to find the few habitable locations remaining players join the game world in 2135 after settlements have mostly established themselves although are constantly attacked by mutant and bandit alike.

Playing as Nicholas Raine a lieutenant in the U.S. Marines who wakes from a stasis pod in an underground shelter established before the asteroid impact called Eden Project you emerge into this world desperate for a hero. With a number of failures in the Eden Project players wake up alone without significant equipment to help their quest. Emerging straight into a raider attack players are saved by the local settlement where you learn more about the experiment which has left you with superhuman abilities that make you a formidable foe for bandit and environment. 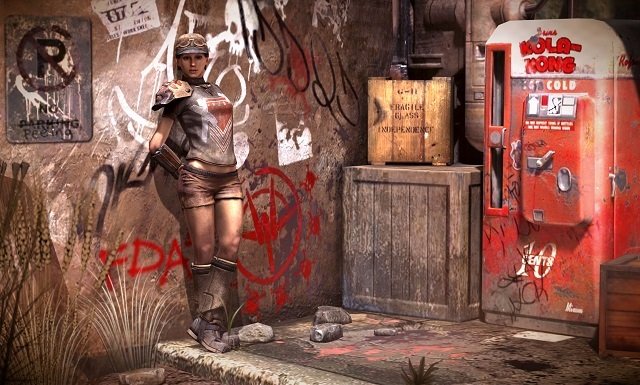 This leads players straight in the centre of a war against the Resistance and the Authority who still holds advanced technology from the pre asteroid era and considers itself to be the governing body of the wasteland. In practice this sees players exploring the world settlement by settlement completing various quests and participating in other activities such as the card minigame Rage Frenzy.

Mechanically in Rage this has players driving from between these settlements and engaging in first person shooter fire fights along with some small elements of stealth gameplay depending on the mission at hand. Players have a wealth of weapons at their disposal to achieve these goals which blend familiar a shotgun, pistol, assault rifle and sniper rifle with the deadly Wingstick that serves as a sharp boomerang weapon. Further weapon customisation is added through varied ammunition types that allow players to modify their damage dealt or introduce other utility to the shots that they fire. More advanced ammo is generally crafted by Nicholas Raine along with healing items and other combat enhancers like sentry bots. 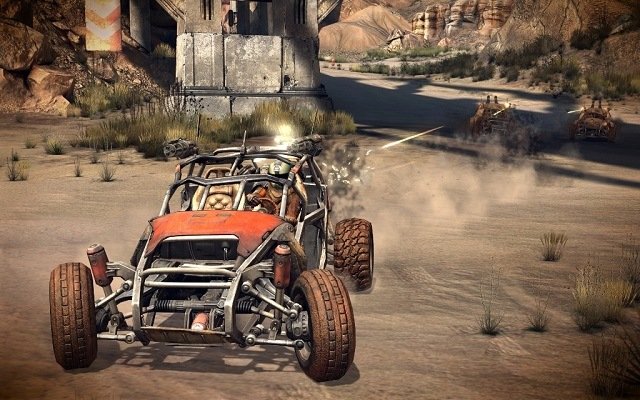 Customisation doesn’t stop there though with players also having the ability to deck out their vehicle as they desire with up to 5 vehicle variants that each have their own maximum speed, armour, performance and combat rating. Players can upgrade weapons, suspension, tyres, engine and booster while choosing from several themes for each vehicle. These vehicles also feature heavily in one of Rage’s multiplayer game modes titled Road Rage which is a free-for-all arena, designed for players to use vehicles to dispatch each other while collecting rally points placed around the arena. While the other multiplayer game mode offers co-op missions that are based within the core Rage storyline.

Games Finder is a Steam Curator and featured in the aggregate review scores data of MobyGames and Neoseeker.
FEATURED ON
Games Like Borderlands, Games Like Fallout, Games Like Far Cry, Games Like Mad Max, Games Like STALKER
LEAVE A REPLY Cancel Reply