In terms of classic MMO games the experience offered by Ragnarok Online ranks high amongst fans of the genre with a dedicated cult like following behind the game in a similar way to MapleStory or RuneScape and creates similar nostalgic memories for those that played the game on release in 2003.

Like the other MMOs mentioned above who went through their own respective overhauls to keep their games alive Ragnarok Online experienced a 2010 overhaul known as Renewal which brought with it a massive revamp to core mechanics. A further attempt to expand the universe with the development of Ragnarok Online 2 although this was not well received by players and included a dramatic perspective shift (a similar story to the demise of MapleStory 2 ironically). 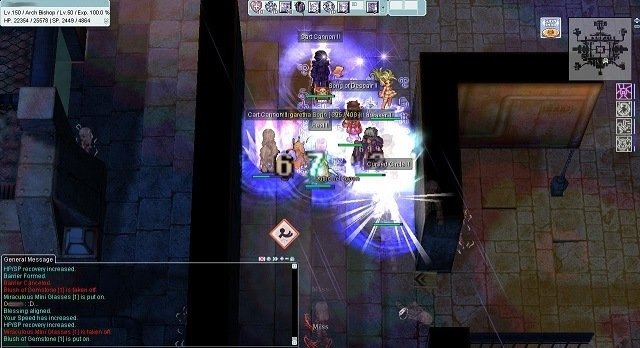 Ragnarok Online is set across two large continents that hide countless monsters, terrains and a large breadth of content that games with any MMO game that has been online for more than a decade. Within these continents lie the three major kingdoms that are explored through the core plot line episodes although you’ll also see countless minor settlements for those that are quest completionists.

Despite the outdated 2D hybrid graphic style that uses spires for characters and environments each of these locations still manages to feel unique and give you the full depth of biome style. This hybrid design is also seen as one of the most nostalgic elements of Ragnarok Online giving it a unique visual aesthetic of days past that is unlikely to be offered again by modern titles. The majority of these locations in traditional MMO fashion are also filled with a wealth of NPCs that have their own designs, lore, dialogue and services to players. 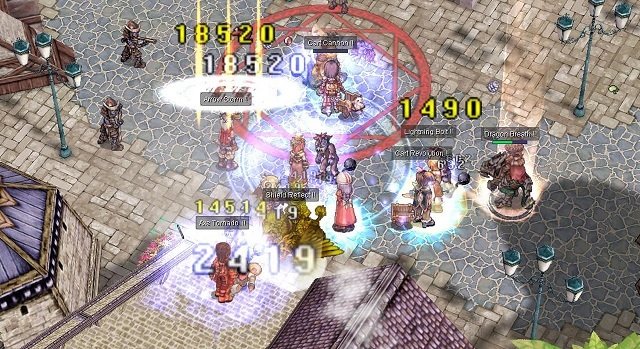 Ragnarok Online relies on a job system for classes which launched with only a dozen options but like most long running MMOs this has expanded to dozens of choices for a total of 32. These are still mostly typical archetypes though but does ensure there is plenty of overlap between your options, allowing you to pick something that truly matches your ideal character. Jobs transform from a typical base job into more advanced ones at particular levels in a similar manner to other MMOs released during the same time period. 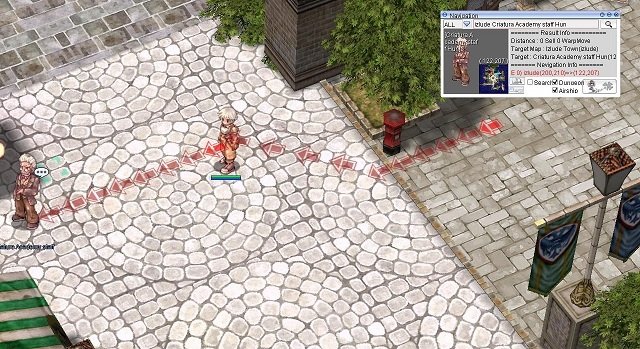 With the vast range of jobs adding ample  depth to the vast PvE and PvP content which has slowly built up over the years to give you the full range of MMO staples. For Ragnarok Online these means you can expect to find team dungeons, PvP battlegrounds and guild vs guild options across a range of variants that come with their own unique rewards. Merchanting is also alive and well in Ragnarok Online with all the tools players need to trade conveniently and craft their own items through the profession system.

With over a decade of content this can be both a benefit and barrier to entry as there can be a significant knowledge gap for players joining Ragnarok Online for the first time.

Games Finder is a Steam Curator and featured in the aggregate review scores data of MobyGames and Neoseeker.
FEATURED ON
Games Like Aura Kingdom, Games Like Eden Eternal, Games Like Mabinogi, Games Like MapleStory, Games Like Tibia
LEAVE A REPLY Cancel Reply