Available for mobile devices and Windows/Mac through the Plarium Play Launcher RAID: Shadow Legends is a high quality take on the gacha genre that has secured over 10 million installs in a short space of time. While not innovating dramatically on previous games adopting this formula the high production values through flashy graphics, fantastic character designs and general robust interfaces has quickly secured RAID: Shadow Legends a place in the market. 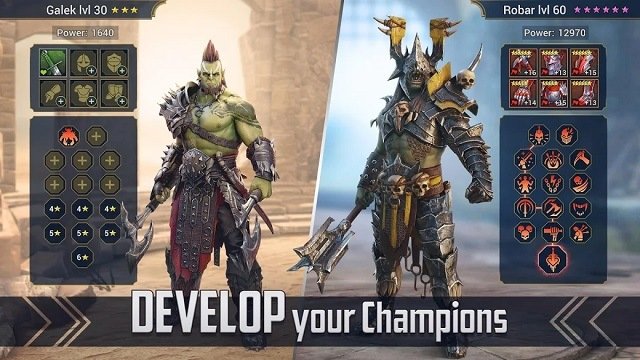 Opting for a fantasy theme RAID: Shadow Legends sends players deep into the realm of Teleria which is being overrun by darkness and shadows from the Dark Lord Siroth. Resurrected for the sole purpose of his downfall players will complete a campaign to restore peace to the vast fantasy lands while also engaging in events and PvP arena combat. Across these core game modes  RAID: Shadow Legends has a diverse number of environments to fit the overall fantasy theme with castles, temples, swampy lands and of course dark musty dungeons that haven’t been explored in centuries.

To avoid adventuring alone and having a fighting chance at bringing down the Dark Lord Siroth you’ll have to collect powerful champions to host in your party with their own skills to utilise in the turn based combat. With a number of 300 and equally diverse character designs choosing your team is not an easy process although there are of course meta builds based around the 5 star legendary heroes that most players will ultimately aim for. For those familiar with the genre you’ll know that it is in this key gacha element that the freemium model rears its darkest form with money having a direct impact on your ability to acquire some of the strongest champions without significant time or luck. 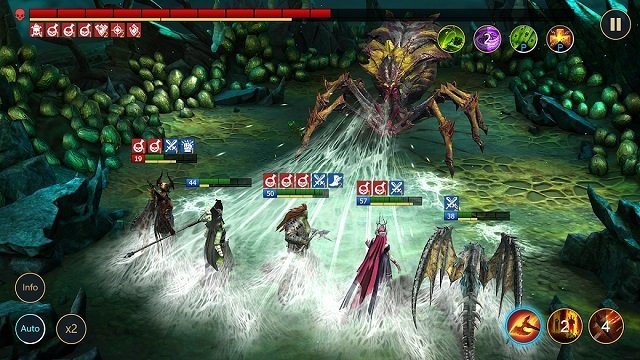 That being said RAID: Shadow Legends is fairly reasonable when it comes to being able to advance through the campaign without opening your wallet although other game modes such as dungeons, faction wars, arena and clan boss are significantly harder to break into partly due to the equipment levelling that becomes ridiculously expensive at higher level tiers. This is by no means unique to RAID: Shadow Legends but still not in itself an excuse for joining the waves of similarly designed titles.

Where RAID: Shadow Legends steps apart from those before it though is in the graphical quality on offer in both hero designs, attack animations and even environments that blow every competitor out of the water. This premium design focus also extends nicely to the 3 abilities that each character comes with that aligns to their affinity and role to create various archetypes. Skills range from buffs, direct powerful attacks, area of effect damage and the occasional healing spell. Alternatively an auto attack mode is also available and suitable for levels that players find themselves overpowered for. 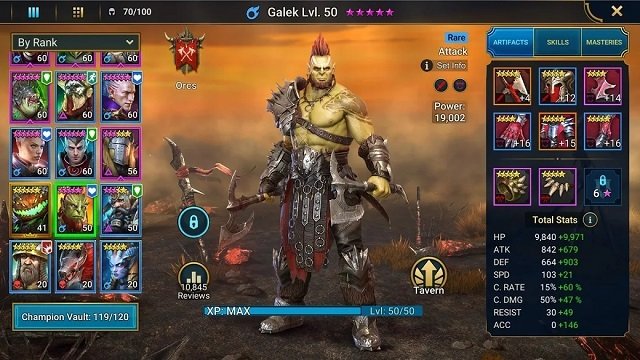 While unlikely to convert gamers to this specific genre those that find themselves swapping between games in this space will find RAID: Shadow Legends offers superb detail that ensures it is worth holding onto for a longer term.