Rail Nation is a free to play transportation MMO that puts you at the head of your own rail empire. The game comes from Travian Games who publish other popular games such as Travian and Miramagia so you know that you are in good hands. 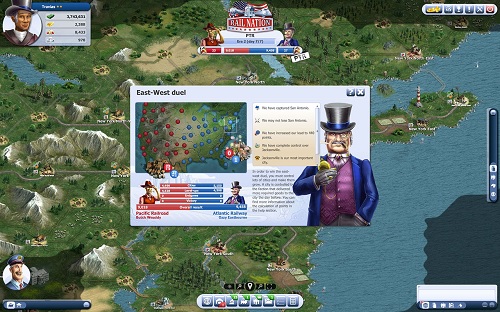 At the heart of the game you’ll find a strategy experience that offers more depth than you might expect. You’ll focus on growing your own railway company from zero to industry leader with plenty of opportunity to achieve this by yourself or team up with a group of like-minded players to achieve your goal.

In order to advance your status you’ll need to boost both your wealth and fame. For the most part this is achieved by devising efficient schedules to transfer the large range of goods across the game world. With the calculations over routes and prices updating in real time it’s definitely a challenge for even the most experienced tycoon management fan.

What really gives Rail Nation a huge amount of longevity is the massive amount of variables that are in the hands of the player. The huge range of train options in the game combined with the massive number of goods for transport will have you plotting moves ahead and crunching the numbers to maximise the benefit too you. 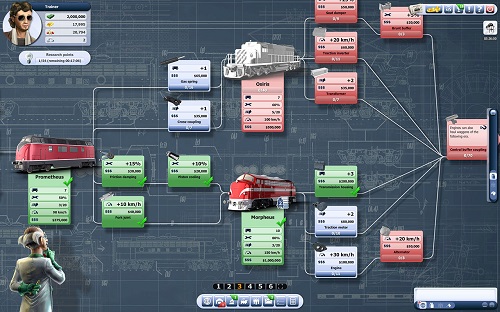 You’ll find that the game quickly feels like a real economy as prices of goods fluctuate constantly and players even having the ability to bid on exclusive licenses to push their profits one step further.

Between the breathtaking graphics that Rail Nation offers you’ll find plenty of number crunching fun as you optimise your empire to make the greatest profit possible. Mixing this potent gameplay with a great community ensures a high quality experience.