Railroad Tycoon II is the second game in the series of railroad building simulation games and expands on the successful gameplay of the original game. Focusing on the refinement and improvements of the core gameplay along with graphical uplifting you’ll find a familiar overall experience to the first Railroad Tycoon. A single expansion pack (The Second Century) was released a year after the original release which was included in a Platinum game edition alongside a large number of community made maps into the core game.

Railroad Tycoon II allows players to explore the railroad industry through either the campaign missions or single contained scenarios with specific objectives which ensures there are no shortage of challenges awaiting players. These campaign missions are similar to the scenarios but serve as connected scenarios with a structure that takes the player across the world building railroads and also steadily advances through time that impacts the available technology. 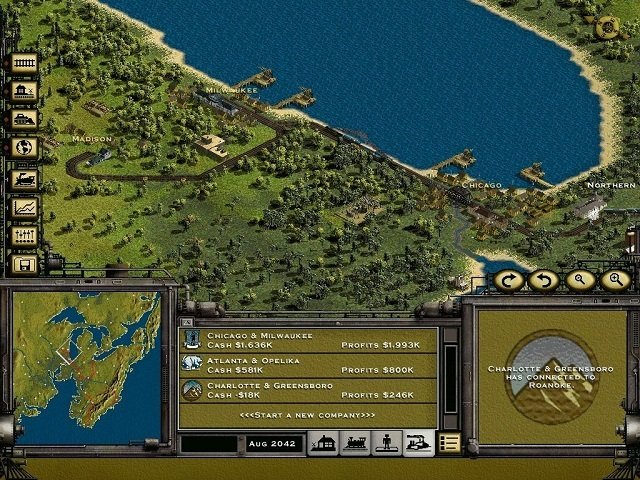 This classic campaign also takes players across the globe with challenges across Asia, Australia, America, Japan and England at various eras from 1830 to 1957. Each of these individual campaign missions has several difficulty options and generally features multiple objectives for players to reach for making Railroad Tycoon II one of those games you’ll have to play more than once to accomplish everything.

Alternatively the single scenarios are far more scripted events with players having a predefined setup from which they must build from. While they have their own specific goals these scenarios are also available for sandbox play should the player want to focus solely on designing the best railroad system possible without limitation or a set goal. If you want even more freedom you have the opportunity to create your own levels with the map editor or download creations from other players is also an option which provides near endless replay potential and variety. 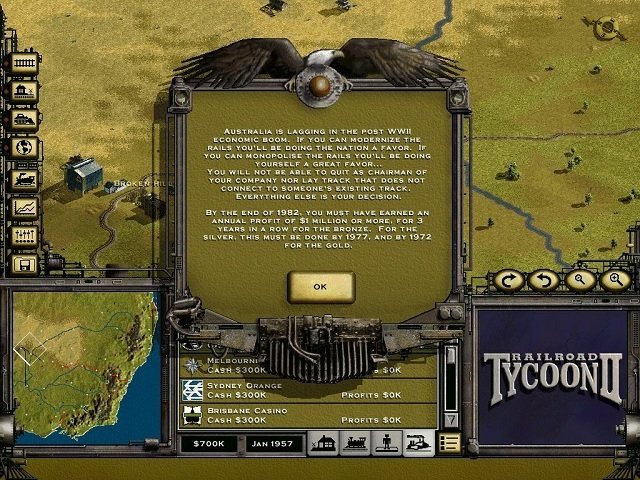 Regardless of which path you take the core gameplay in Railroad Tycoon II is similar to its predecessor, with you in control of the track laying, stations and trains that make the railroad network possible and in turn delivery a range of goods. These include things like coal, coffee, auto parts, food, iron, wood logs, oil, waste and dozens more. Ultimately you want to make as much profit as possible but the game has few curve balls up its sleeves with rival train companies, breakdowns, robberies and swings in the economic environment keeping you on your toes and requiring adjustment.

Despite all of these mechanics trains remain at the heart of your decision making process with nearly all trains based on real world counterparts. With each train having its own build costs, maintenance expenses, acceleration, reliability and top speed to consider against your intended use (passenger or cargo train). 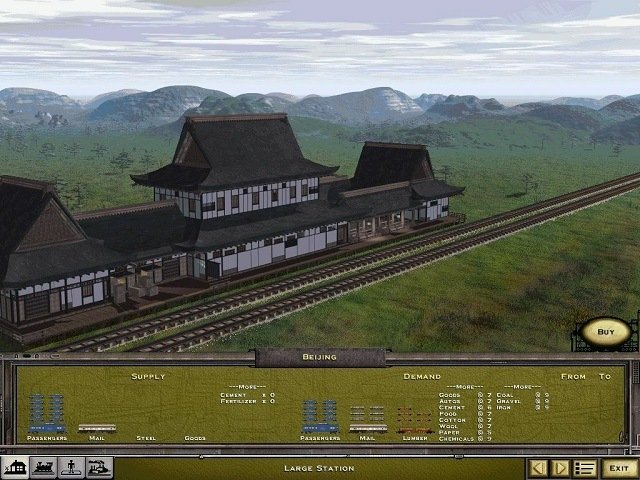 Maximising profit requires careful management of the finances with revenue coming from both the people and cargo that you transport between stations. Transport in particular is quite deep with market demand changing constantly and the ability to turn raw materials into more advanced ones also requiring consideration.

On the expense side of your statement you’ll have to pay close attention to train maintenance and fuel costs which keep your trains running. To reduce the micro management required Railroad Tycoon II allows the hiring of managers that come with their own abilities such as boosting train speed, improving revenue from certain industries or reducing maintenance costs.