Ravensword: Shadowlands seeks to bring the AAA role playing experience of the Elder Scrolls series to mobile devices by building a large game world, offering various combat options and sprinkling fantasy elements. Subsequent to release on iOS and Android the game was brought to the Steam platform. 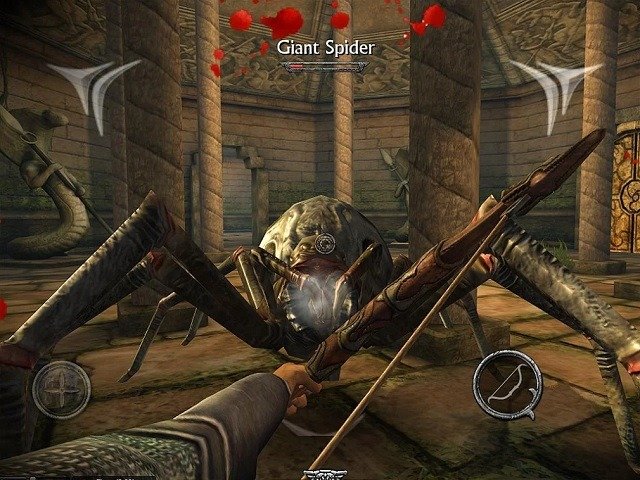 Ravensword: Shadowlands takes players to a land in chaos where the Kingdom of Tyreas stood as a lone wolf against the tidal waves of dark elf invaders into the once peaceful lands. During this events the powerful and mythic Ravensword was lost which if reclaimed by a king of the land will be able to ride evil from Tyreas and restore it to the once great land it was. Stepping into the shoes of once such decedent of the great kings players embark on the quest for the Ravensword as they battle the mysteries of Tyreas and grow in power.

For a mobile title you’ll find Ravensword: Shadowlands offers an impressive wealth and variety of realistic landscapes well above that of any mobile game on the market. Players need not limit themselves to third or first person view either with both available as you explore one side of the map to the other by foot, horse and even flying mounts. 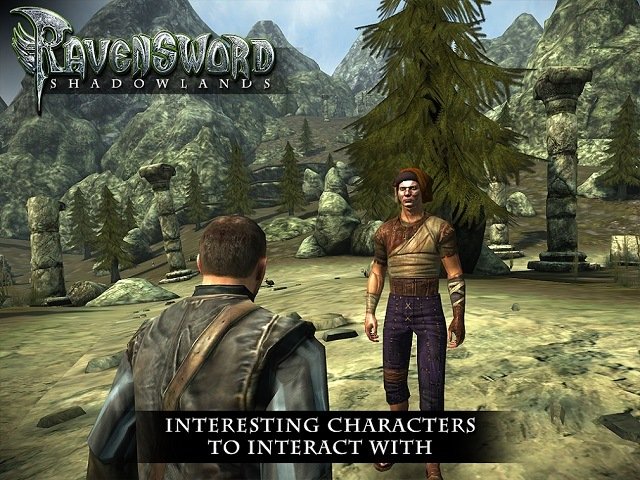 Throughout this exploration Ravensword: Shadowlands can expect to counter hundreds of items for use or equipment. Decision based NPC driven quests are also a staple and littered around the various towns and outposts of Tyrea that give you some basic options in how you solve them. These decisions often leverage the side skills of lockpicking, pick pocketing and stealth or impact the reputation system of the game that can even land you in jail if not careful.

Protecting you on these travels will see players relying on the various melee and ranged weapons from swords, axes and hammers to deadly bows all available to equip for the fights ahead. Melee is definitely the most engaging of the two options in Ravensword: Shadowlands with manually triggering blocks and dodges required to prevent damage from the often large mythical creatures of days long past. That’s not to say that a ranged approach doesn’t feel satisfying to use but does require a little less direct input once players become a professional archer. 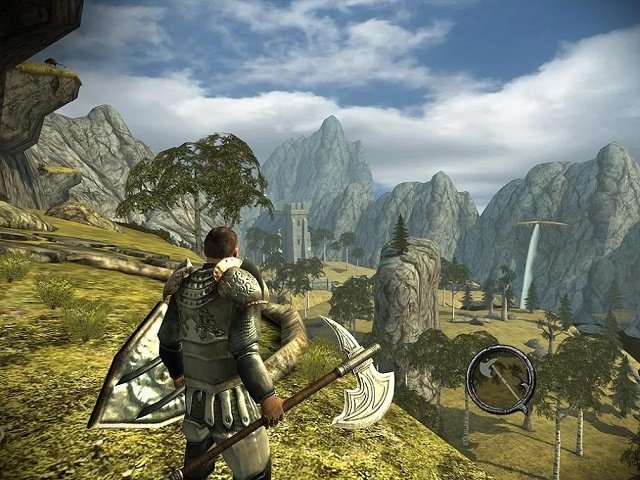 Supporting these two methods like any fantasy RPG is a reasonable magic rune system to provide additional combat utility with enemy freezing option and also plays a role in the environment with interaction with game world objects through the magic runes.

With all the foundations of a fantasy RPG Ravensword: Shadowlands  mostly achieves what it sets out to do and provides a solid option for mobile gamers that want a traditional RPG on their handheld device. That being said some of the mechanics do lack significant depth which is particularly evident in the PC port of the title where it starts competing with a higher calibre of RPG.

Games Finder is a Steam Curator and featured in the aggregate review scores data of MobyGames and Neoseeker.
FEATURED ON
Games Like Fable, Games Like Gangstar Vegas, Games Like Skyrim
LEAVE A REPLY Cancel Reply