Real Gangster Crime 2 marks the second free to play Android game from the Good Thoughts Affect development team. With similar gameplay but improved elements over the original there is a game for both a new player or fan of the original. 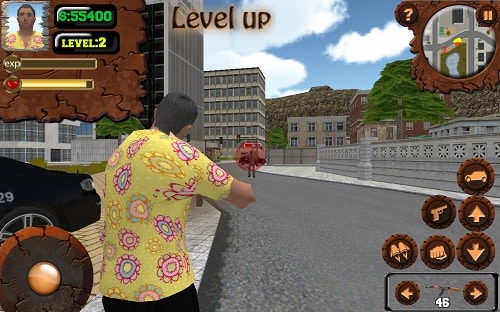 Real Gangster Crime 2 wastes no time in getting you into the game as players spawn next to a police car in the middle of a quiet lake side location. Modelled after the early GTA title players adventure around the city accepting missions from NPCs while avoiding hostile enemies. In doing so you’ll earn cash for equipment and gain levels to improve your stats.

All of this is aided with a jetpack that lets you easily move through the landscape, although the control of it leaves much to be desired. Other methods of transport include the common car and the odd motorbike which do handle a little better although can be hard to find in the mostly baron city environment. 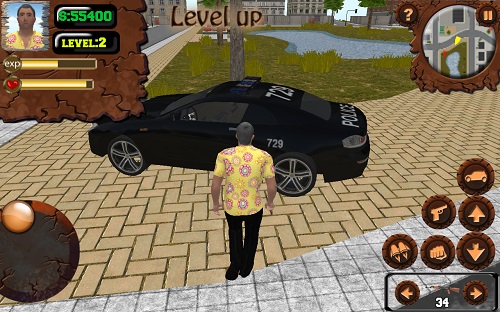 While not an amazing game by any means Real Gangster Crime 2 still has some charm with a decent progression system that earns you cash and experience for your actions to be funnelled into new equipment and skills from more health to additional damage. All of which can be accessed from any location for ease which is particularly important as you’ll need to restock your ammo after and during gunfights.

For a simple free roaming game that you can play on your mobile and entertain yourself for a few hours, Real Gangster Crime 2 will feel that need. It’s unlikely to be something you return to regularly though.