RealMyst: Masterpiece Edition(realMyst) is an enhanced remake of the original Myst adventure that brings the franchise into the Unity engine. Allowing players to explore familiar locations in full 3D you’ll also experience significantly enhanced game models and textures that capture 20 years of video game progress since Myst was first released to the world. 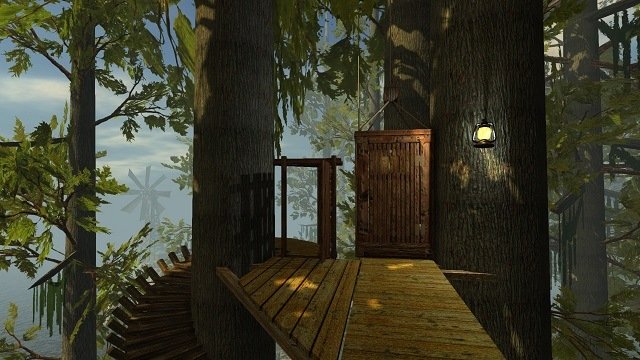 RealMyst is the same adventure at the core with players once again taking on the role of an unknown protagonist after they stumble upon a strange book with Myst on the cover. Unexpectedly touching this book transports players to an island world full of mystery and puzzles that need to be solved for players to escape their fate. With time and completion of puzzles you’ll visit new locations known as ages with their own distinct challenges. RealMyst: Masterpiece Edition also provides a bridging Rime age that fills in the gaps between Myst and its Riven sequel.

While RealMyst maintains this storyline and central age mechanic you’ll be able to freely roam around the locations with 3D graphics rather than the single images of the original. Not content with just stopping there though RealMyst also adds changing weather to your adventure, day and night cycles alongside a number of minor touch ups that simply weren’t possible with the technology available on the original Myst release. 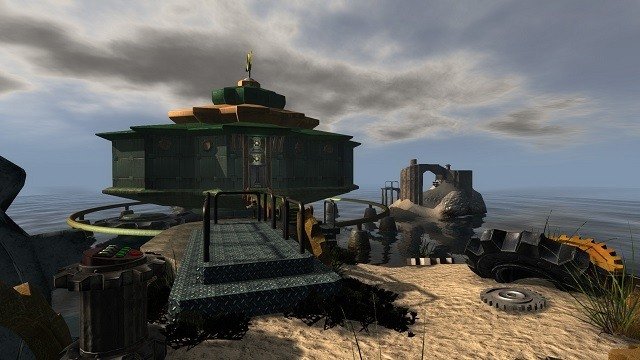 These might not seem like a significant leap but the new atmosphere crates an entirely new sense of discovery as you watch water slowly move beneath you and ripple while also watching as clouds pass you overhead. The weather system is also fantastically dynamic and varied which results in an island that feels alive as it rains, the sun sets over the horizon and thunder strikes the island

This new level of graphics also means that RealMyst is the perfect way to introduce new gamers to the Myst series as it will help ease first impressions compared to the original that was released in 1993 and has a number of limitations as a result. This is shown in the broad range of other game aspects that have received some touch ups like the soundtrack, navigation, interaction and a number of interactive guides to help players get past their least favourite puzzles. A handy flashlight is also a highlight given the dark locations which allow you to see detail never before visible to players. 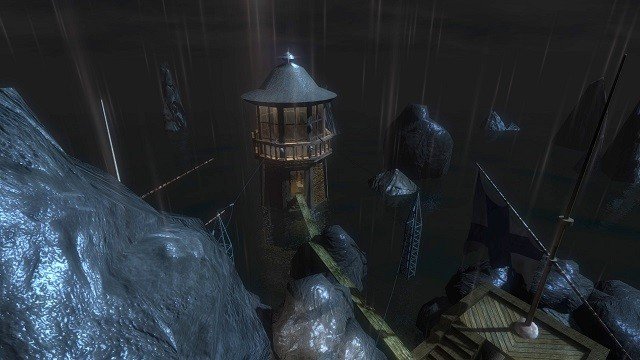 If you’d rather your adventure in RealMyst be closer to the original then you can ignore these new mechanics for the most part and a classic navigation mode even lets you relive the basic system and even bring up the original Myst images on your screen to compare locations. Either as a first time adventure or returning fan RealMyst ensures it caters to both player types with a high quality remake.

Games Finder is a Steam Curator and featured in the aggregate review scores data of MobyGames and Neoseeker.
FEATURED ON
Games Like Machinarium, Games Like Myst, Games Like Nancy Drew, Games Like Syberia, Games Like The Room
3 COMMENTS
LEAVE A REPLY Cancel Reply