Realm of the Mad God is an hack and slash game that features pixel style graphics. The game is available for free and could be played online originally but has now transitioned to a Steam Windows and Mac option only. 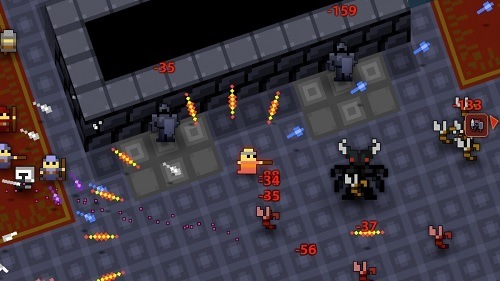 Realm of the Mad God is played in a massively multiplayer environment and has an emphasis on co-operation which is more often seen in MMORPGs.

This social focus creates a unique experience compared to other action role playing games which are generally solo focused or played in small groups. The game is played using the WASD keys to move while attacks and their direction are controlled with the mouse.

The game has players battling endless monsters and bosses in the realm of Oryx in a co-operative game environment and includes over a dozen character classes, a tiered loot system and guilds. Players are guided through the game world with simple quests while gaining levels and growing stronger.

Players must be careful though because Realm of the Mad God runs on a hardcore game mode, where every death is permanent. The game features a reasonable low level cap though so you’ll find this feature to be more of a fun challenge rather than frustrating. Once players reach the level cap fame replaces experience and can be used to purchase equipment or possibly make it onto the leader boards. 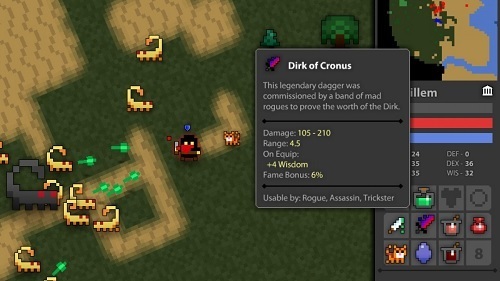 Realm of the Mad God uses a microtransaction system which players can use as they see fit to unlock extra items to enhance their strength but it is definitely not required to get the full game experience.

Realm of the Mad God is simplicity at its best and is surprisingly addicting thanks to its fast paced gameplay and large online community. Gathering a few friends together to tackle to the game together only enhances the game further and is definitely recommended.

Realm of the Mad God