Red Dead Redemption is a free roam game that takes place in a western setting (the year 1911). The game is available on PlayStation 3 or Xbox 360 and is published by Rockstar Games. It is easily the most popular and best designed wild western game currently available. 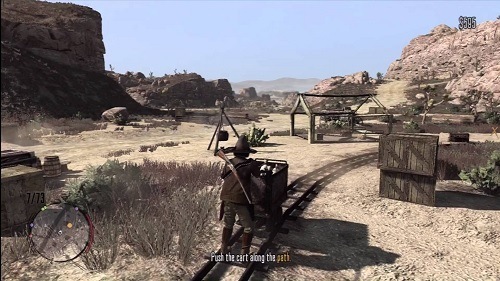 Since its release in 2010 the game has added a number of downloadable content packs to enhance gameplay which are all available as part of the Game of the Year Edition (a must purchase).

In Red Dead Redemption players play as a former outlaw, that is until the government kidnaps your family and decides to hold them against you for your services. In the game you’ll play as the government’s puppet as you hunt down your former gang members in order to save your family.

Just like the popular GTA series also published by Rockstar Games players have access to a massive game world which they can roam freely. Players can either focus on the main storyline or take to the roads (either by horse or train) to explore the random events throughout the game world. These random events include ambushes, people in need of assistance, animal attacks, ride-by shootings and much more. On top of random events there are a number of activities that players can complete for money to spend on new horses, healing items and weapons. 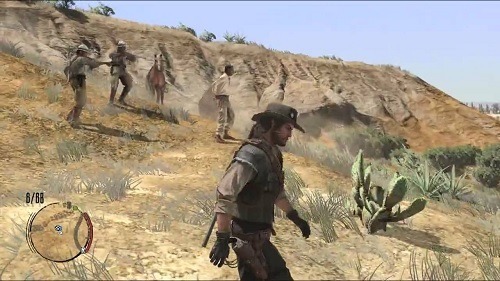 Red Dead Redemption integrates a morality system (honour) that impacts how NPCs react to your presence with low levels of honour resulting in entire towns closing their doors on you. On the other end of the scale players can get discounts and earn more money for jobs that they complete if they are considered to be honourable. The game also uses a wanted system that was adapted from the Grand Theft Auto series.

Everything that Red Dead Redemption has to offer is an absolute treat to experience and should be at the top of any free roam game list.