Red Faction: Guerrilla brings the popular Red Faction franchise into the open world genre with an third person shooter that places you on the Mars colony and gives you all the necessary tools to achieve maximum environmental destruction throughout the story. The game is the third in the series and originally released Xbox 360 and PlayStation 3 in 2009 with a “Re-Mars-tered” edition for Windows, PS4, Xbox One and Nintendo Switch released in 2018-2019 featuring improved graphics. 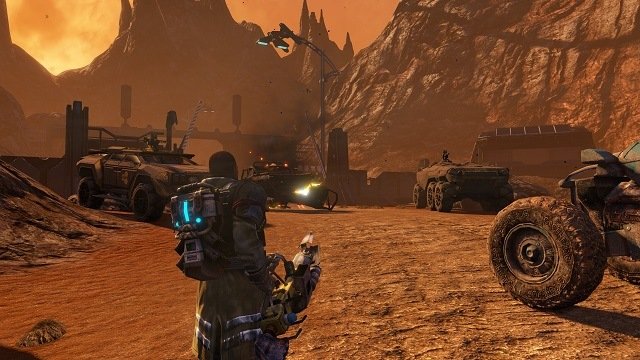 Red Faction: Guerrilla revolves around the struggles of Alec Mason who is a mining engineer on Mars with a similar story of struggle and oppression similar to that of the other Red Faction games. After landing on the planet to join his brother the oppressive Earth Defence Force (EDF) kills his brother and a large number of other workers on the site. Alec manages to survive the encounter and is dragged into the rebel group known as Red Faction as they attempt to free the civilians from the overbearing rule of the EDF who was an ally to the group in games past.

Not only is your enemy different this time around but Mars itself has gone through a dramatic transformation with the planet now terraformed to better support life on its surface which in turn opens up the world of Red Faction: Guerrilla significantly. At the same time the introduction of destructible structures allows Red Faction: Guerrilla to be one of the most destructive titles yet in the franchise. 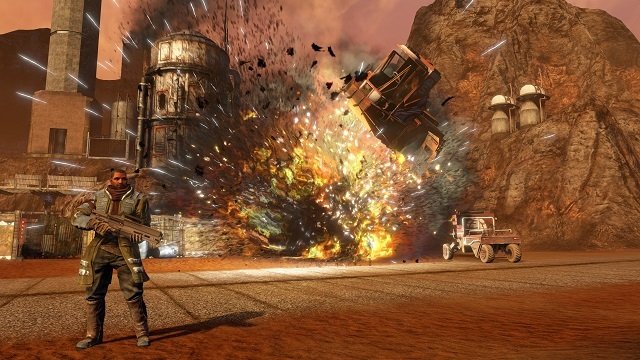 Not only does this destruction create a strategic gameplay element it also serves as the games currency with your destructive deeds leaving salvage behind for the player which can eventually be used to unlock additional weapons and technology in the fight against EDF from the scattered safehouses of the Red Faction. In total there are nearly two dozen weapons featuring familiar weapon archetypes of pistols, shotguns, snipers, assault rifles and everything in between.

While explosives are a primary mechanism for destruction players can also access and drive a range of vehicles to taken down structures or navigate quickly through the Mars based game world. This is not just a game engine specific change by any means and also integrated into level design and thus giving players multiple paths to achieve objectives in most cases should they wish to use them. 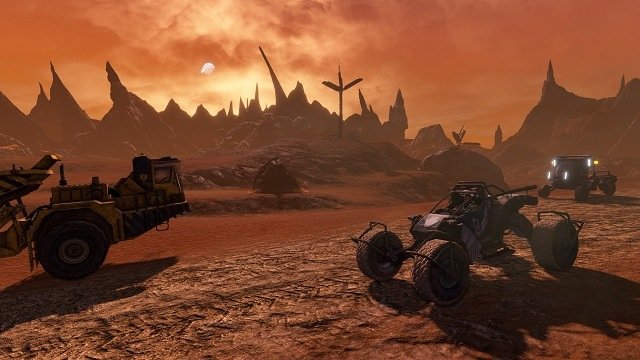 There are some restrictions at play though in Red Faction: Guerrilla with the game world being clearly cut into six different areas that must be freed one by one to achieve Red Factions’ goals and once complete will push any EDF patrols out of the area. Along the way as morale in the sector grows and EDF control dwindles players are more likely to be aided by fellow freedom fighters to give you the sense of a realistic battle for control being underneath your main and side mission completion.